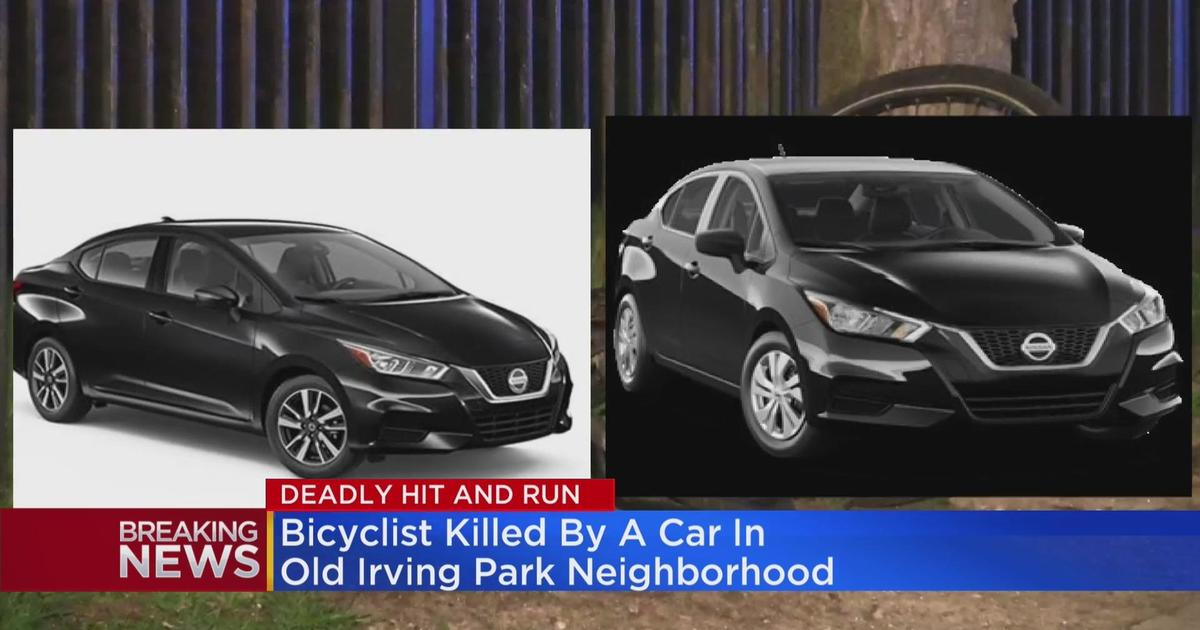 CHICAGO (CBS) – Police are looking for the driver who knocked down a 22-year-old cyclist in Old Irving Park on Wednesday night.

According to police, the man was riding a bicycle around 9:20 p.m. on Quarter 3,800 on North Milwaukee Avenue when he was hit by a car.

The man was taken to a Masonic hospital in Illinois, where he was later pronounced dead.

Forensic experts have identified the man as 22-year-old Nick Parlingayan.

Now the police are looking for a black Nissan Versa 2020-2022 release. Police said it must have damaged the front passenger’s bumper and headlights.