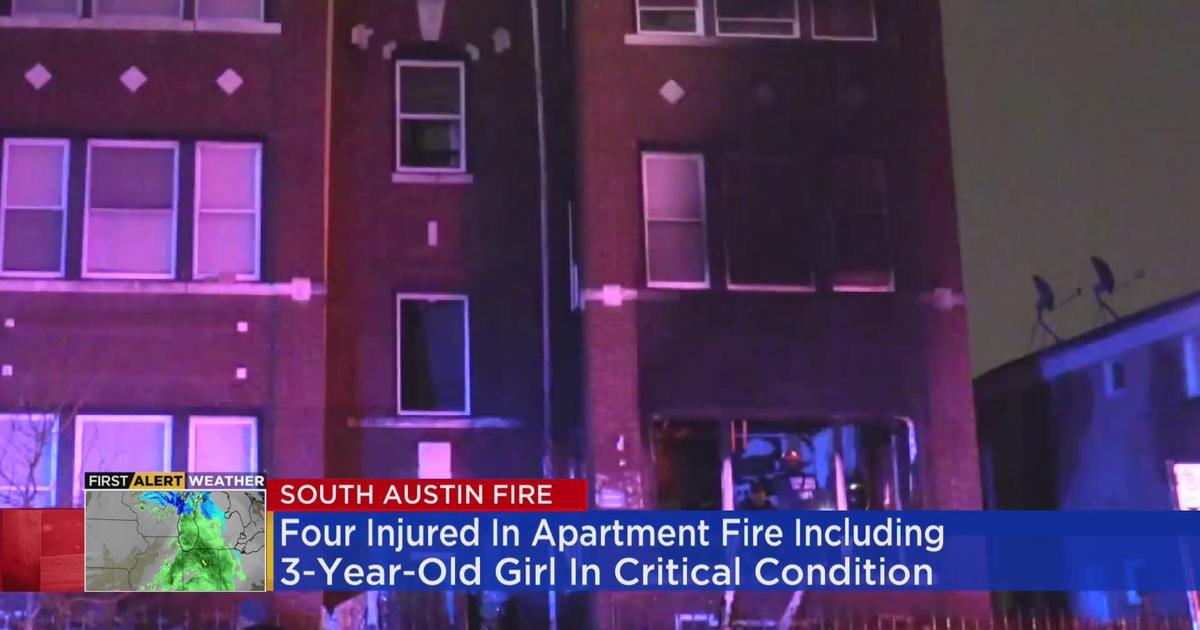 CHICAGO (CBS) – A little girl and three adults were injured in a fire in an apartment at night in the South Austin neighborhood.

A fire broke out in an apartment on the ground floor of a six-story house in Quarter 500 north of Central Avenue just after midnight. The fire damaged three floors of the building.

Police said the girl, aged 3 to 5, was taken to Stroger Hospital in critical condition with burns, the Chicago Fire Department said.

Police said two women, 83 and 57, are in critical condition, and a 53-year-old man was also taken to hospital in good condition.

The cause of the fire is being investigated.