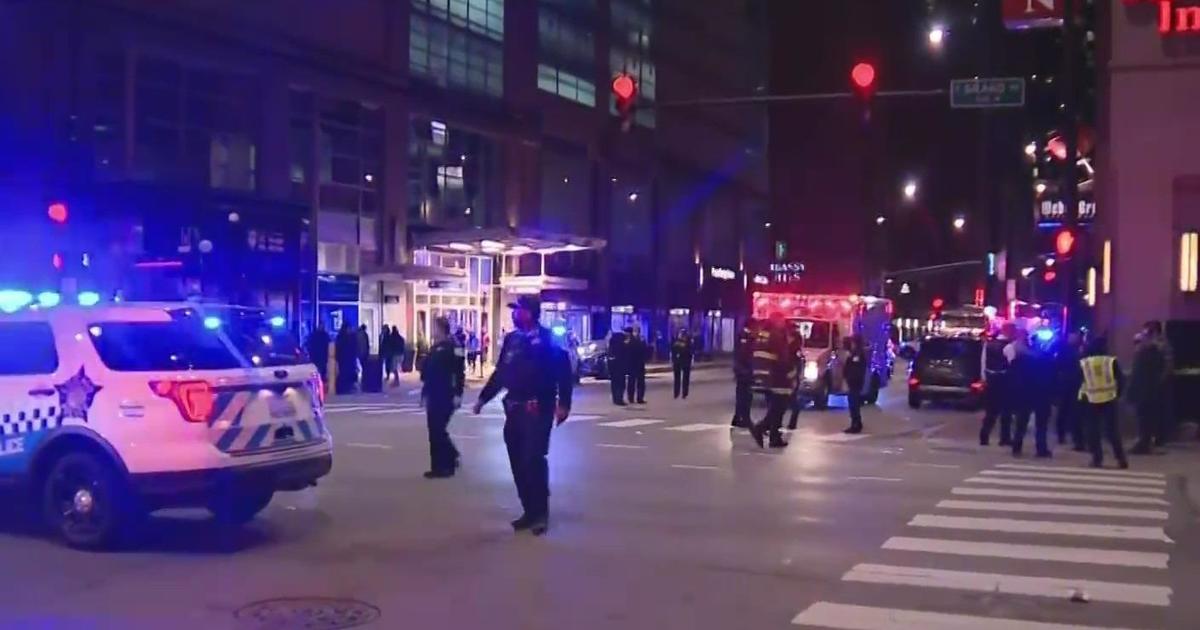 CHICAGO (CBS) – On Saturday night, a driver moving from a stop hit several people, including a child and a police officer.

According to the Chicago Police Department, a police sergeant stopped the driver of a red Hyundai near Grand Avenue and North State Street, and when he asked the driver to get out of the car, the driver refused, turned on the vehicle and drove off.

A witness witness, the sergeant who stopped, went to file documents for the couple who was sitting in the car when the couple decided to leave.

As they were leaving, they hit a sergeant and swerved into a crowd of people crossing the State and Grand, police said.

Shortly after the incident, there were conflicting reports from the CPD and the Chicago Fire Department, but as many as five people were beaten.

Among the victims are a 5-7-year-old girl and a woman.

The witness described the victims being blown up in the air. The video in the Citizen app shows from a bird’s eye view what appears to be one of the victims lying on the ground immediately after the impact.

“All I hear is a scream and I turn behind and the officer is lying, they’re all trying to get to another officer. It was weird. He was just lying and screaming like, spinning in pain” And I see the lady flying in the air because he hit the lady so hard. And she fell, ”China said Robinson.

She said that then the husband pulled the woman from the street where she feels to the curb.

“I just stood there looking around. There were drinks everywhere. People were just shouting. It was complete chaos,” she said.

On Saturday night the intersection was tied for several hours.

The driver fled the scene. No one was detained on Saturday night.