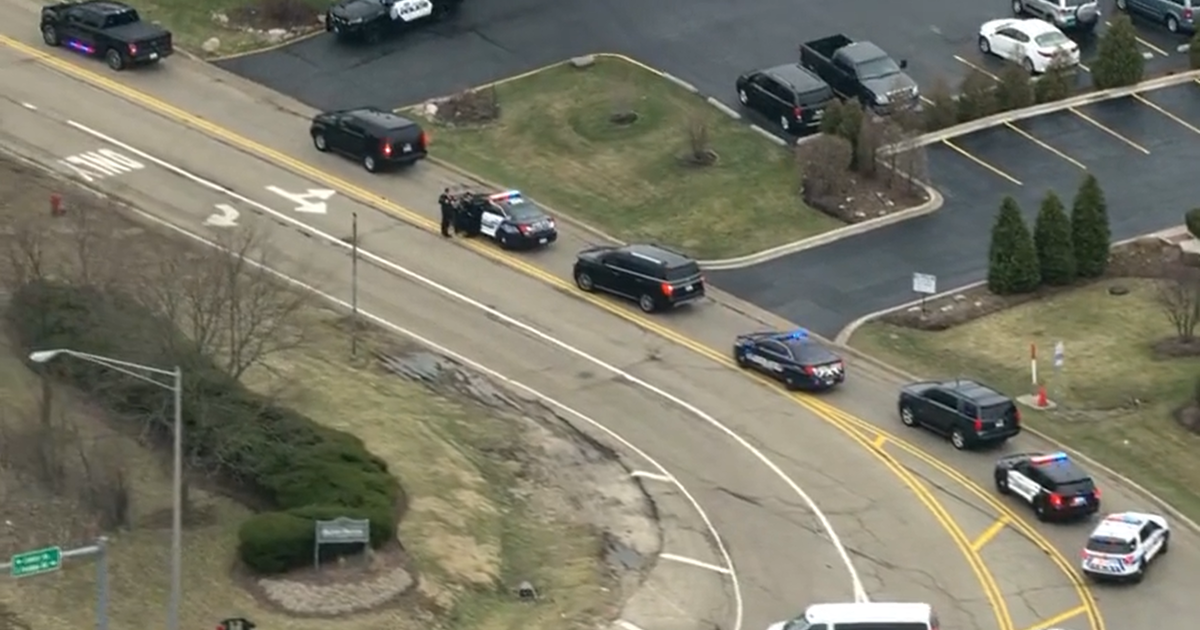 Berge Ridge police have identified the gunman as 31-year-old Jeremy Spicer of Arkansas.

Mayor Gary Grass has confirmed it was a shooting in the workplace and Spicer is about to lose his job.

“I understand that he had to be separated, regardless of whether he resigned or was terminated, probably a difference without distinction,” said Mayor Gary Grasso.

Spicer was a truck driver at Winner’s Freight.

Beer Ridge police said Spicer shot dead his boss, Nikolai Misovich, 30, who later died at Hinsdale Hospital. Spicer then went to another office in the building and shot dead a 31-year-old woman at a reception, whose identity has not been established. She was in critical condition and remains in intensive care where her condition has stabilized.

Police said Spicer went to the third office where he asked the owner. He was told that the owner was not there before he left and went east of the building.

“After escaping, Mr. Spicer made his way to Bar Ridge 7,900, our police blocked his way out, and he tried to hide in the building,” Grasso said. “The officers obviously knew he shouldn’t be there and turned to the police, and when the police were going to detain him, he lost his life.”

Police said a .40 caliber Glock pistol was found along with Spicer.

Police confirmed that Spicer was staying at the LaQuinta Hotel in Willowbrook while working at Winners Freight. A warrant was issued for his room and an empty holster was found.