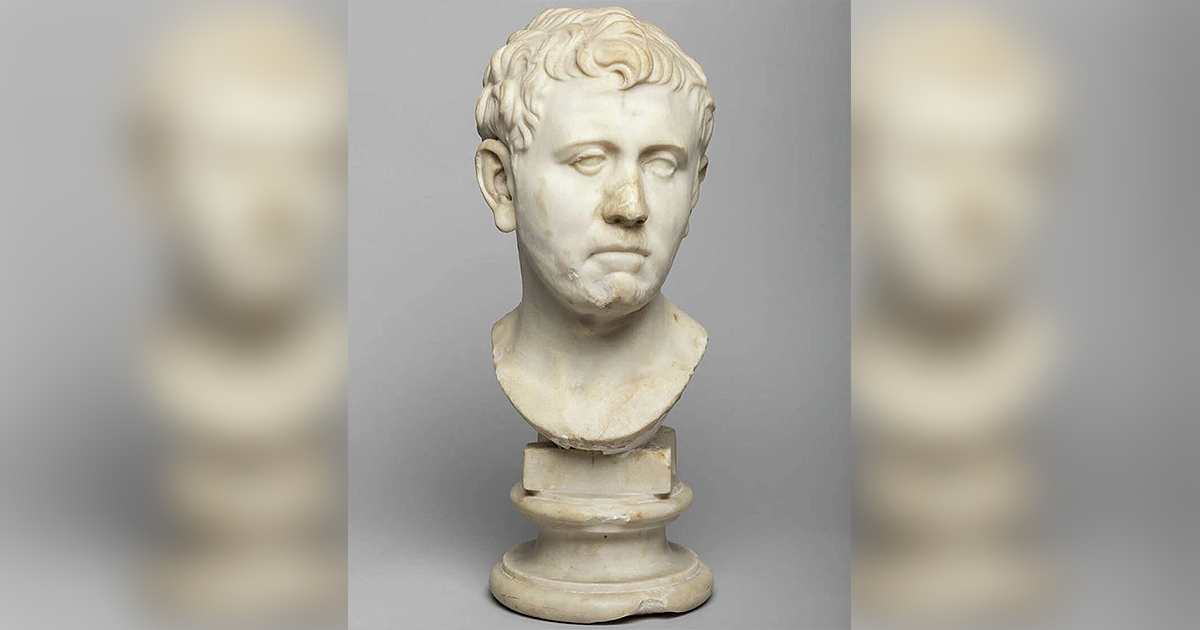 AUSTIN (KXAN) – As a collector of antiques, Austin resident Laura Young knows her way in vintage art. She has a history degree and has taken many art lessons.

So when, in August 2018, she found a $ 35 marble bust at the Goodwill Store, she knew there must have been a story. What she did not expect is that history has its roots in Rome of the first century AD.

“Obviously, this thing is antique,” ​​she said. “So I searched Google for images and searched for Roman marble busts. And it’s like oh, yeah, it’s like my boyfriend. “

The discovery of a piece of Roman history

Young enlisted the help of world-renowned auctioneer Sotheby’s for bust analysis. Thanks to the company’s acquaintance with Roman antiques, they estimated that this is a real work of Roman art, which is about 2000 years old.

That’s where things got complicated, Young said. Because of his unknown origins and questions about how he got to Texas, Young turned to the University of Texas at the Austin Classical Faculty and hired an art lawyer to help navigate international law and ethics around the bust.

“They knew it was a big story,” she said. “And that’s when I realized I was going to have to try to arrange his return.”

UT professors Dr Rabun Taylor, Dr Adam Rabinowitz and Dr Stephenie Mulder helped link Young to the San Antonio Museum of Art (SAMA) to identify next steps for her ancient find and give a little more history of how she appeared in Austin.

The last known location of this bust dates back to a museum in Aschaffenburg, Germany, during the height of World War II, said Linley McAlpine, curator after a doctoral program at SAMA. Often, during extreme chaos and wartime, museums are looted and works of art are stolen by invading armies.

“Aschaffenburg, the German city where the museum where this head was exhibited was, was a strategically important city during World War II for the Germans. As a result, it was bombed a lot by Allied bombers, ”she said.

In January 1944, the Pompeianum was bombed, a German museum that served as a replica of the Roman villa of Pompeii. The U.S. military remained in the region until the end of the Cold War, leaving a huge window for when the item was taken.

“Certainly there was a lot of American presence. And so it seems likely that, however, they got it [the bust]that some American who was there probably got it and somehow brought it home to Texas, ”McAlpine said.

Years of unification in preparation

It has been almost four years since Young discovered the Roman bust, and complications in international art law combined with a coronavirus pandemic have delayed his long-awaited return to the museum.

At the time, Young and her husband were a little relieved with the bust, a work of art that she said was vividly present in her home.

She named the bust Dennis Reynolds in honor of the TV character “It’s always sunny in Philadelphia” – a tribute, she said, to the happy chaos that the presence of the bust had in her life.

“The joke is that he made Dennis’s system on me: he demonstrated value, nurtured addiction, emotionally neglected me. He instilled hope. And then he completely separated when he left the house, ”she said, laughing.

“He was Dennis Reynolds from day one,” she added. “Once I figured out what the mess would be behind this, a happy mess, but just a messy story and all.”

After three and a half years of the Dennis effect at her home in Austin the bust has found a temporary new home. Next year he will be exhibiting at SAMA before he returns to Germany.

The return is bitter, Young said. Her husband had a 3D-printed miniature copy of “Dennis,” so he can always take a seat at Young’s house.

But despite the lack of space in her home, she said she is calm knowing the bust can share her story with Central Texans before making her legitimate trip back to Germany.

“I’m glad other people are seeing him,” she said. “He was hidden after World War II, you know, he survived the bombing. He survived the fall of Rome. He deserves to be seen. ”