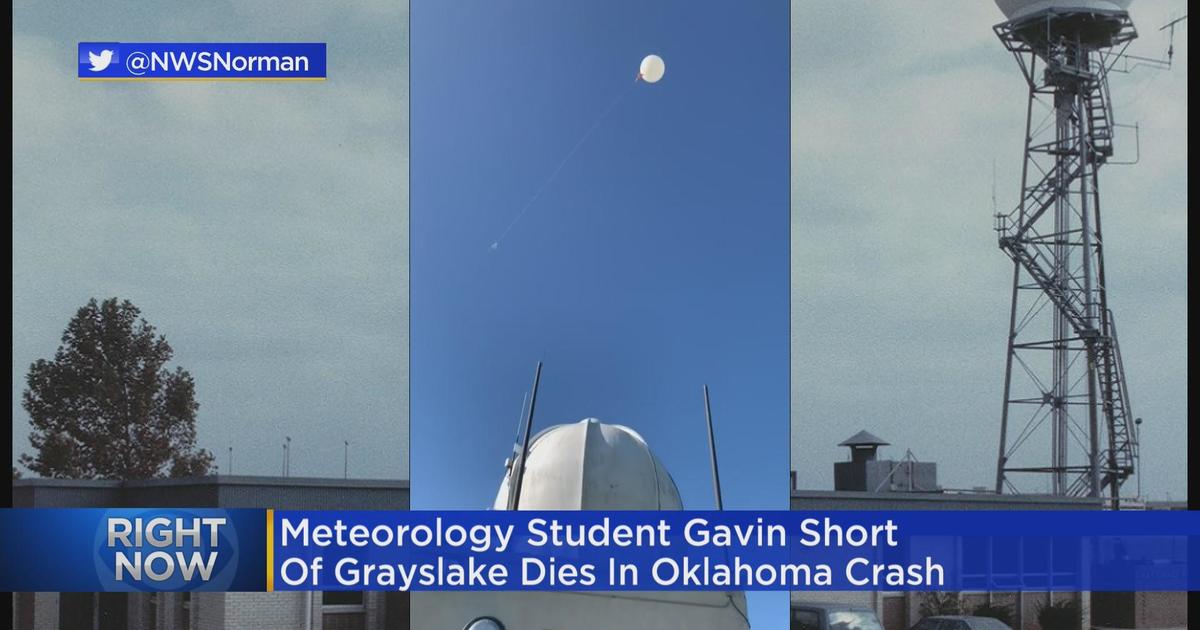 CHICAGO (CBS) – A community of weather forecasters this morning lost three Oklahoma University meteorology students, including a teenager from a Chicago suburb.

They were killed when a seaplane took off in an I-35 car north of Oklahoma City during stormy weather on Friday night. They left the road and drove back to the highway, where they were hit by a driveway.

Among the dead were 19-year-old Gavin Short of Gracelake.

The National Weather Service office in Norman, Oklahoma, dedicated the launch of the balloon Saturday night in honor of the students.

The OU School of Meteorology calls it the “unimaginable heart”. They encourage everyone on campus to unite in kindness and sincere support for each other.