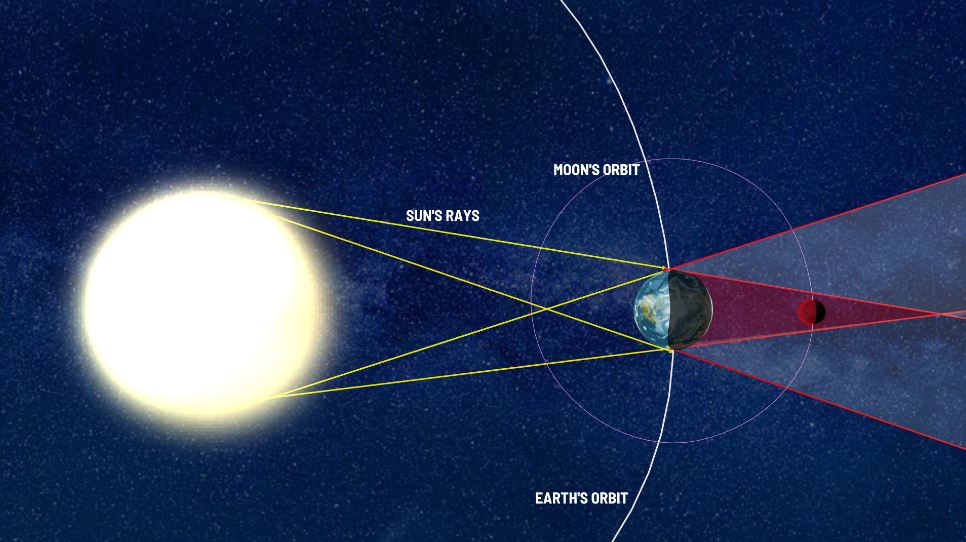 AUSTIN (KXAN) – On Sunday, May 15, the Earth will cast its shadow on the moon. Depending on the weather you will be able to see this complete lunar eclipse.

What is a lunar eclipse?

A lunar eclipse is when the Earth is between the Sun and the Moon. This means that the Earth blocks full sunlight, causing the Earth’s shadow to obscure the moon.

A total lunar eclipse means the whole moon is in darkness.

When can I see this?

According to NASA, The moon will begin to enter the Earth’s penumbra shortly after the 20:30 CT on Sunday night. You will be able to see a slight lunar eclipse around 9:28 p.m. The full shadow of the Earth will cover the Moon in an hour.

Lunar eclipses can be observed without protective equipment. You get a much better view by looking through binoculars or, better yet, a telescope.

What if I miss?

The next total lunar eclipse, visible from the United States, will occur later this year, November 8, 2022.

The eclipse on May 15 – the second of the year, but the first visible from the US – a partial solar eclipse has already occurred on April 30. Another will take place on October 25, but the United States will not see it.