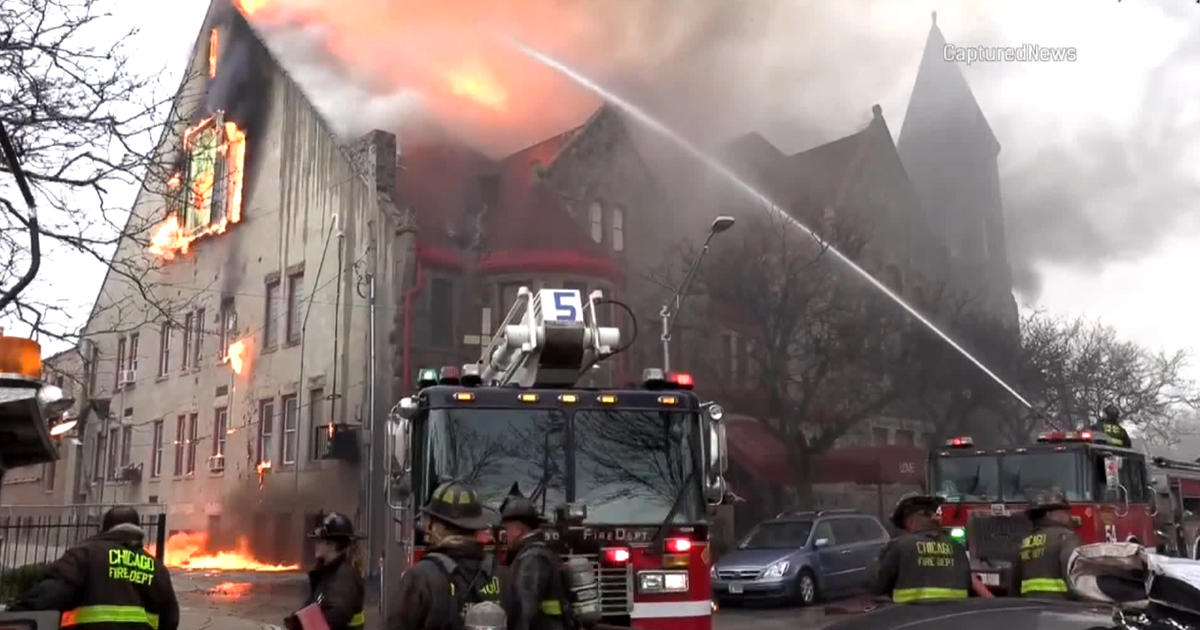 The fire occurred around 2:30 p.m. The fire department triggered an alarm 2-11 and later 3-11 to get additional equipment and manpower at the church at 6248 S. Stewart Ave., at the intersection with Englewood Avenue.

At 14:48 the fire department reported that the roof had collapsed.

Chris Habermel of CBS 2 reported that the fire was easily accelerated in high rooms that are inaccessible to hose lines. Between this and the heavy wooden roof structure the fire could easily get out of control.

Firefighters trained hoses from truck towers. They went on a defensive operation outside, without firefighters extinguishing the fire inside the building.

Habermel said firefighters would fight the blaze until evening.

Jackie Costek of CBS 2 reported that dark clouds of smoke from the fire were visible from Dan Ryan Highway on Friday afternoon.

Stephen Graves of CBS 2 reported that on Friday afternoon people were in shock standing near a burning church. Some were only for a few hours at church on Good Friday.

One woman, who stood and watched, went to church from the age of 10.

The woman said she did not speak to the pastor, but she said he delivered a beautiful sermon on Good Friday.

Pastor Gerald Dew has been overseeing the Antioch Missionary Baptist Church for more than 20 years.

“We’re not leaving the community,” Dave said. “All it does for us is to redouble our efforts to be intentional about our involvement and commitment to this community.”

Rasa said the service on Good Friday began at noon and everyone left around 2 p.m. He received the news a little later that the church was on fire.

When he got a call, he saw smoke billowing from 95th Street and Dan Ryan Highway. He rushed to the church – just to see how the fire got worse.

But he stressed that it is important that the congregation is in order.

By 4:30 p.m., the fire had been localized, but firefighters were still harassing the hotspots.

The Antioch Missionary Baptist Church was founded in 1925 by the Branch of the Rev. EH. Initially, the church congregation held services in Bronzville and later in Washington Park.

Under the guidance of the Rev. Dr. Wilbur, Nathan Daniel, the Antiochian Baptist missionary moved to his home in Englewood in 1958. The church bought the structure for $ 200,000, another $ 75,000 will be needed for the renovation before moving.

Jim Williams of CBS 2 noted that Rev. Daniel was very involved in public affairs and befriended mayors and other city leaders.

Conclusions from the State of the Union Address – Chicago Tribune

WATCH LIVE | Jurors hear about the blue cloak at...