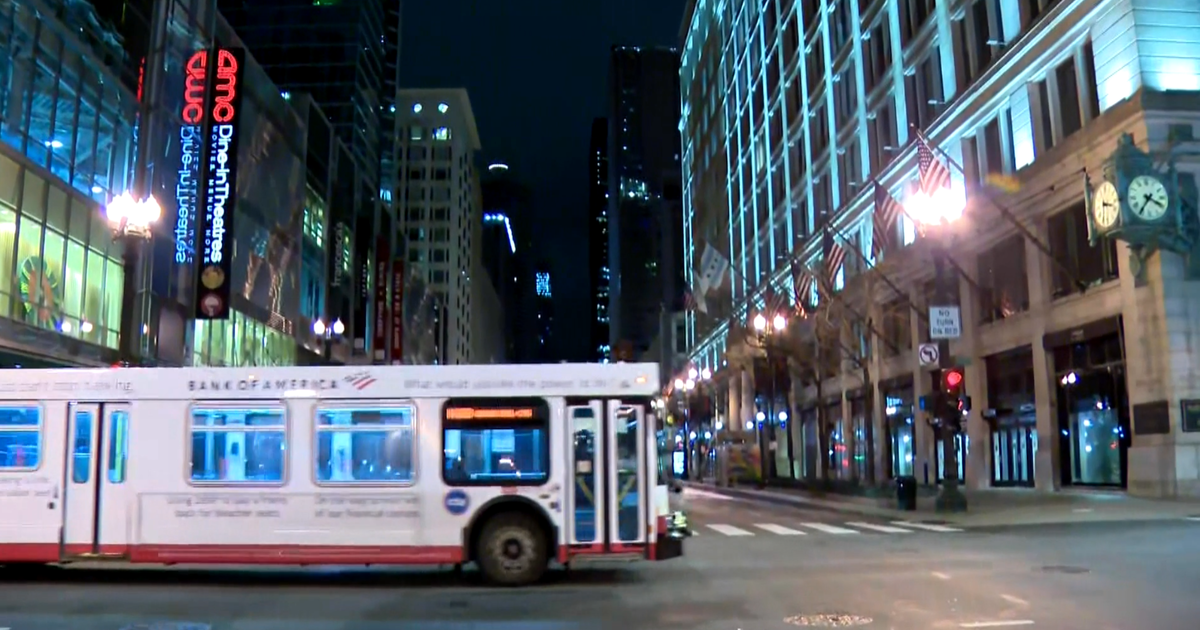 CHICAGO (CBS) – The woman was driven in the middle of the Loop when she stopped at an intersection early on Friday morning – during the second car theft in the city center in the last few days.

As reported by Tara Molina of CBS 2, these car thefts are a cause for concern for many reasons – and they are part of the overall rise in crime in Loop.

Over the past year, we have tracked 17 car thefts in the Loop Community Zone, which includes the loop itself and part of the South Loop down to Roosevelt Road. This year there were already eight or two of them this week – and only in April.

In this latest incident only after 1 a.m. Fridaypolice said the 53-year-old woman was driving down State Street and was stopped at a red light on Washington Street when the man opened the door of her car and drove her away.

She told Chicago police that the man meant he had a gun.

It comes after another car theft about a quarter further into the 100th quarter of North Dearborn Street Tuesday night. In that incident, a 26-year-old pregnant woman was walking to her car just before 10pm when she was approached by two people who demanded keys.

In that first incident, Chicago police later arrested two minors who found her car and a fully loaded gun. But as of Friday, police have not yet announced charges – and have not said whether the teens remain in custody or have been released.

Fortunately, both women were fine on Friday. But there was no update in either case.

Moline was told that both car thefts were still under investigation.

Enter Ald. Brian Hopkins (second), who told us that these car thefts downtown are of concern for more than one reason. He said the fact that the 53-year-old woman was the target at the crossroads – the first time we saw something like this in a loop – is a problem that needs to be addressed.

“Just go about your business, drive in a traffic jam – and suddenly you hear a roar in the window, turn around and see a gun in your face?” Hopkins said: “It’s just a new twist in the experience of car theft that we’ve seen more often lately, and it’s a real cause for concern.”

Hopkins said crime statistics tell a story, but so do people who live and travel around the city. He also accepted allegations of crime reduction. This week, Mayor Lori Lightfoot said the number of violent crimes is still declining every year.

Hopkins said more officers are planned to be stationed in the city center this summer.

“We have plans for the summer. We are using intensified bicycle patrols,” Hopkins said. “The Violence Reduction Initiative, where we have placed downtown posts – is somewhat useful, but it should be part of a larger core.”

Hopkins also said he and others are calling for more – and now.

Soup. David Brown said late Friday that although car thefts had been declining for most of the year, they had intensified again in recent weeks.

Brown stressed that juvenile delinquents are at the forefront of the car theft epidemic – officers have arrested some juvenile suspects who have been involved in numerous car thefts.

He added that the juvenile justice system is going through hard times.

“No one in the juvenile justice system has an appetite to put our young people in jail, but it is a very dangerous, serious crime,” Brown said.

Brown said car hijackers should be held accountable regardless of their age, and urged to pay attention to young people’s lives and social services.

He said the 11-year-old had been arrested as a prolific car thief – and it turned out that the young man had not taught school for two years. With the help of Chicago police and public schools, the 11-year-old’s life has turned upside down – they haven’t missed a day at school and are now on the list of honor, Brown said.