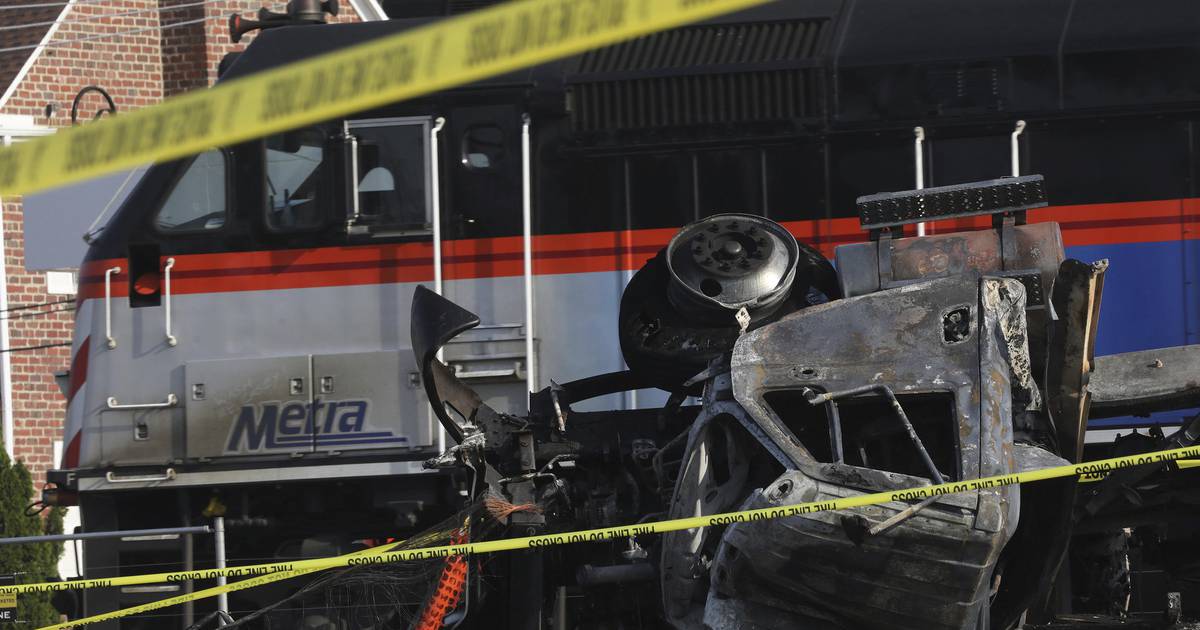 A Metra passenger died Wednesday morning when a BNSF train crashed into a truck that stalled, was identified as a 72-year-old Downers Grove woman, officials said.

The woman is Christina Lopez, 72, of Downers Grove, according to the DuPage County Coroner’s Office. The autopsy was scheduled for Friday, the office said.

The BNSF 1242 train, which came from Downers Grove, on Wednesday around 8:10 collided with a truck on Prospect Avenue, killing Lopez and injuring four others, including two passengers who were injured who were not considered life-threatening, according to the coroner’s office and Metra spokeswoman Meg Thomas Rail.

Train 1242 was not running on the usual schedule and at that time was traveling express to Union station due to a mechanical malfunction that resulted in another train being involved.

“It expressed … it didn’t stop at Clarendon Hills,” Thomas Rail said. “They’ve been sorting through some services that I’m sure to catch up and get back to normal.”

The crash on Wednesday occurred at a railroad crossing past Clarendon Hills Railway Station, 1 S. Prospect Ave., said Clarendon Hills Fire Chief Brian Leahy, who said the truck, a truck with a box length of 30 to 40 feet, stalled on the road. tracks.

The engine of the train was behind, so the train car first crashed into the truck, overturning it to the side and causing it to catch fire.

“She demolished some signal gates of the railway, and this thing was completely involved in the fire,” Likhi said of the truck.

“It exploded – even damaged several cars in the suburbs.”

It was the second fatal case in Metra history.