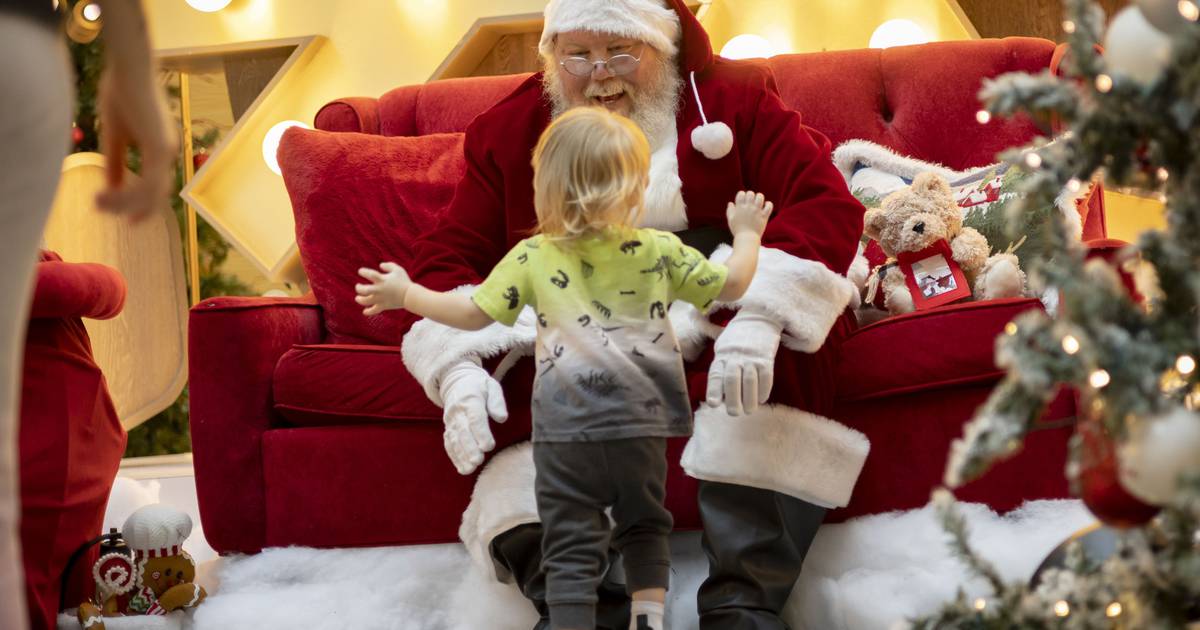 The magic of Santa Claus during Christmastime knows no bounds. For Jacob Nash, or “Trans Santa,” he realized what that truly meant during one unexpected encounter at the Chicago Ridge Mall.

In November, Nash met Charlie, a teen who had recently come out as transgender. His uncle, who dresses up as Santa for Christmas, didn’t “want to have anything to do with him anymore,” despite their once great relationship, according to Nash. His mom decided to take him to this special Santa instead.

The conversation first started with Nash complimenting his brightly colored hair. From there, Charlie and his mom started opening up more about his experience as an LGBTQ kid. Nash shared with Charlie that his dreams can come true, and someday he could grow up and be Santa too.

“See? I am so glad we came to see this Santa,” the mom told her son, according to Nash.

Nash joins other Santas around the Chicago area who are bringing more diverse representation to the beloved holiday figure of Santa. Whether Black or Mexican or LGBTQ, these Santas share a common joy in spreading love and Christmas cheer for kids, ensuring they see themselves represented.

Nash said people don’t always think how important that representation is to children who worry about being judged, even by “somebody who’s supposed to love everybody.”

“We’re seeing it now, especially with all the attacks towards trans youth,” Nash said. “Kids can’t be themselves, and for them to even be afraid to go see Santa because they think that Santa won’t accept and love them or think that they’re a good kid is just mind-blowing to me.”

The Ohio native started sitting in “the sacred seat,” as he calls it, as Santa in 2016, but the interaction in Chicago Ridge made it “click” for him what it meant to be both trans and Santa. He posted about Charlie’s visit on Facebook in November, which has since garnered over 12,000 likes.

“Santa loves all children, it doesn’t matter what you look like, how you identify,” Nash said. “It was that one encounter that really made me stop and think about what I was doing and how important it is not just for all children, but especially for trans children and trans parents.”

Andre Russell, or “Dreezy Claus,” has focused on bringing a sense of cultural pride to Santa. As “Chicago’s Black Santa,” he has visited homes, workplaces, schools and day cares across the city for the past 10 years.

Just last year, Russell made Chicago history as the first Black Santa to be invited to light the tree downtown. He was invited for the lighting ceremony again this year.

“I wanted to support and celebrate Black pride and progress,” Russell said. “When they called me last year, it was like a dream come true.”

From malls to movies, he said the traditional white Santa has remained the norm, but he wants to show kids that Santa can come from any background.

“The more we evolve, the more we just want to show representation for certain things,” Russell said. “I have a cultural-based Santa so kids can know that it exists.”

His vision is visible through his coat, which is adorned with African symbols and other representations of Black culture. He said they symbolize unity, family, love and other values.

Some kids, though, he said are too busy enjoying their special moment with Santa to necessarily take notice. He brings booklets and other materials along, especially during his visits to schools, to help them learn about what he represents.

“I don’t think kids really realize it, because they’re so into you as Santa,” Russell said.

He said sometimes kids express their curiosity, sharing that they thought Santa was white. His work is all about starting those conversations, and they mean something to the adults and parents too, he said.

Adults tell Russell that they never saw a Black Santa growing up and want something different for their kids, helping them realize that diversity can include Santa too.

Russell is not alone in his mission. He said he has connected with other Black Santas in the “Santa-verse” through various social media platforms, where they can share the unique ways they are diversifying the iconic holiday figure.

“It’s a wonderful thing,” Russell said. “It’s different people out there across the nation who have been Black Santa over the years and are just doing a really good job at it. You can see what they’ve been doing and how they’ve been evolving their style.”

Russell’s vision for Black Santa extends beyond the image. He wants to create a program to bring more Black Santas to Chicago. He also wants to expand representation of Black Santa in other forms, including books. To introduce kids to the idea of believing in Black Santa, he has written two books, “Dreezy Claus and The Boy Who Didn’t Believe” and “Dreezy Claus & The Magic Coloring Book & Activity Book.”

The idea came during the pandemic, as he engaged in virtual visits to bring Christmas cheer to people during difficult times. But during those visits, Russell said he didn’t want to just read classics like “A Christmas Carol.” He was looking for books that embodied his message, leading him to create his own.

Simply having a Santa of a different race and ethnicity can be meaningful. Ronnie Trejo, a Minnesota native and Mexican American, has played Santa for 20 years. One place he visits often is his daughter Yolanda’s hair salon, YO:U, in Chicago’s Noble Square neighborhood. The salon provides a smaller, more intimate setting where he has gotten to know families who visit him each year, who are often Yolanda’s clients.

Yolanda Trejo said the focus is less on her dad’s Mexican identity and more about giving people an opportunity to see Santa in an alternative space than the traditional department store.

“I never thought about that in the beginning, it was just, my dad’s gonna come and give people a different space to see Santa that’s not like Macy’s,” she said. “But whatever you can do to spread love and nontraditional ways of thinking is really powerful. I think having a nontraditional white Santa is a subtle way of doing that.”

As Santa, Ronnie Trejo has long been involved with toy drives and bringing Christmas joy to underserved and special needs kids through the Minnesota Amber Alert Fundraiser group. He said the group gives away upward of 600 toys each year. Now 68, he said he will continue being Santa as long as he can.

Over the years, Trejo has developed a particularly special bond with a now-10-year-old named Lucy. The pair first met in 2018 when Lucy, who was adopted from Ukraine, was 6 and recovering from heart surgery. Her mom, Cheryl Czerlanis, has been going to Yolanda’s salon for the past 10 years.

“They immediately clicked and hit it off,” Sleets said. “It was really a sweet thing to see their relationship because within minutes they were chatting like they’ve known each other for years like, and he’s just such a warm and kind and caring person.”

Czerlanis, whose husband is of Mexican descent, feels it’s important for kids to see that Santa can be any race or ethnicity.

“Perhaps there’s something comforting for kids in a different way, like a Santa Claus who has a voice that’s familiar, like their abuelo or grandfather,” Czerlanis said.

As a trans Santa, Nash believes inclusion is inherent in the message of Santa. His “unapologetic” representation of the LGBTQ community has resonated with many.

Nash said many supporters have brought their children to see him, as well as adults coming themselves. Recently, a trans man came to him nearly in tears.

“People say, ‘Oh my gosh, this is wonderful. Thank you for what you’re doing,” Nash said. “I’ve had parents without their kids because their kids are grown up and want to just talk to me and thank me for what I’m doing and for representing.”

Nash said he wants to be a “safe” person for LGBTQ youths. He sees Santa’s chair as a kind of haven from a world that may judge them for who they are.

He said such opportunities for open expression weren’t available to him as a kid, and even conversations about trans people were stigmatized.

Christine Sleets of Oak Park learned about Nash from his post on Facebook. His message resonated, as her daughter identifies as bisexual. Wearing her “Pride mom, free hugs” T-shirt, she decided to visit him and said she got “one of the best hugs” of her life. She has since developed a friendship with Nash and cosplayed during a holiday drag show he participated in, which raised $1,000 for a local family in need.

She has since told other families with LGBTQ kids about Nash. Though sometimes, it’s just as exciting, if not more, for the parents.

“If you’re looking for trans Santa, I’ve got the guy,” Sleets said. “But what I find hilarious is that the kids don’t care. It’s no big deal to them. It’s like Santa’s Black, Santa’s white, Santa’s trans, Santa’s not.”

While Nash knows not everyone embraces his message and anti-trans violence has been on the rise, it doesn’t deter him from doing what he loves.

“I’m not going to stop because people need me right now,” Nash said. “People need hope. People need belief, whether it’s in magic, whether it’s in your faith. I think my story, unexpectedly, has given so many people that hope that they may have lost due to all of this violence and harm towards the community. I hope so anyway.”