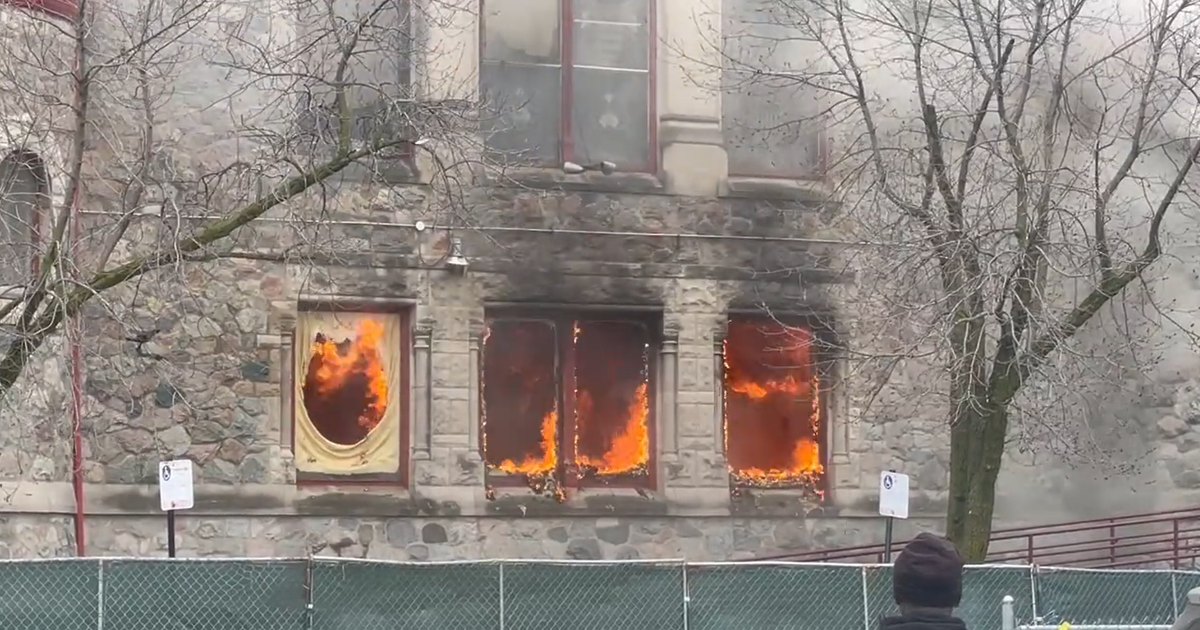 CHICAGO (CBS) – A fire broke out again at the Antiochian Missionary Baptist Church in Englewood on Monday afternoon, three days after a fire destroyed everything but the stone wall of the church.

A video posted on Twitter by Stephen Graves of CBS 2 shows the flames raging through the windows on the ground floor of the church at 6248 S. Stewart Ave.

The fire service caused a security alarm for equipment and manpower.

By 3:15 p.m., firefighters seemed to have taken the flames under control.

It is believed that the fire has small embers.

The first fire broke out around 2:30 p.m. Friday. The fire service raised alarm 3-11 about the availability of additional equipment and manpower.

When the revival took place on Monday, members of the church continued to leave with a broken heart4. One of them was 43-year-old Eddie Johnson III.

Johnson has been attending the Antioch Missionary Baptist Church since childhood. The gym and basketball game at the church changed his life in his youth.

Johnson himself is now the head of the church as executive director of a nonprofit organization – the Antioch Public Agency for Social Services.

This is just one story of thousands of people who have helped in Englewood since the church moved into the building in 1958. Weddings, funerals, graduations, social events were held in the church building.

“Next summer we are organizing a summer camp with a day stay. We are doing a day camp with this stay in this building,” Johnson said. “So now we have to find a safe haven for the youth. It’s sad. It’s a loss. But we hope so.”

Meanwhile, on Monday, the church’s pastor, the Rev. Gerald Dew, revisited nearby buildings while church leaders figured out where to hold future services.

It is believed that the cause of the initial fire last week was accidental.