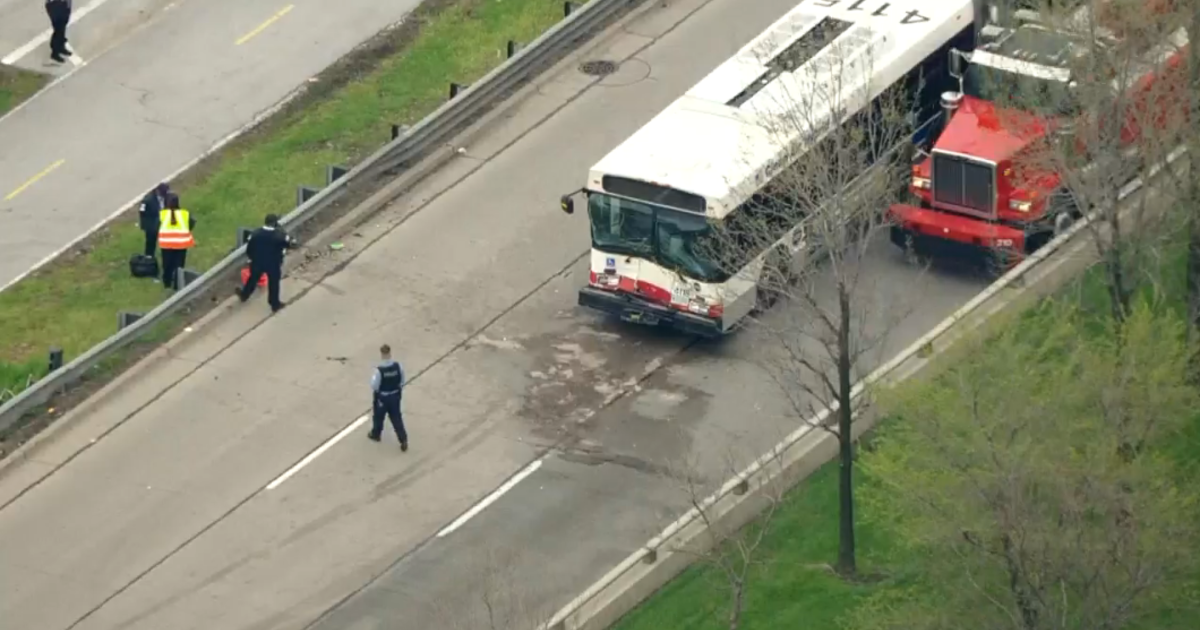 CHICAGO (CBS) – Four adults and a child were taken to hospital Thursday morning after a CTA bus crashed on Dussable Lake Shore Drive near Kenwood.

At about 7:30 a.m., an articulated CTA bus and several other vehicles occurred in the northern lanes of DuSable Lake Shore Drive near 49th Street.

Chicago fire officials said there were 50 people on the bus at the time of the crash.

A total of five people, four adults and a child, were taken to hospital for treatment, but none of them received serious injuries, the fire service said.

The lanes north of Shore Lake were briefly completely closed to remove damaged vehicles, but reopened at approximately 8:45 p.m.

Passengers from the CTA bus were transferred to another bus to complete the trip.