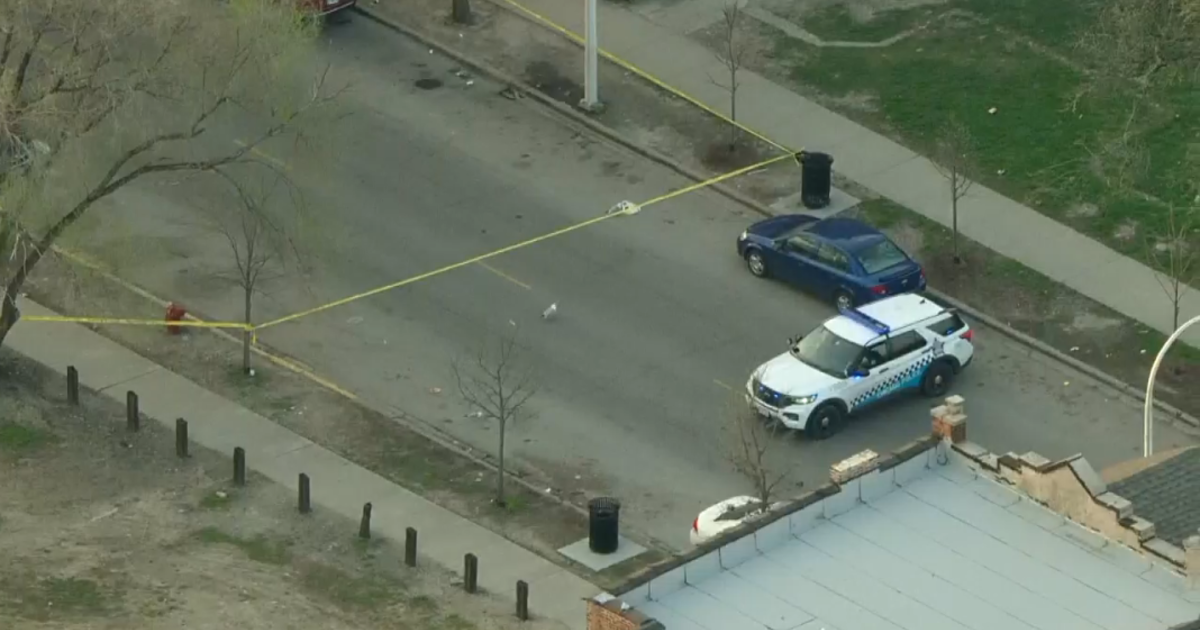 Police said the victims were standing on the sidewalk of West Garfield Park around 2pm when a white sedan pulled up and someone inside started firing. Police reported the location of the shooting in the 4400 block on West Jackson Boulevard, but Chris Habermel of CBS 2 reports that the crime scene was actually in the 4400 quarter of West Gladys Avenue, one block away.

A 27-year-old man injured his left leg and was taken to Stroger Hospital in good condition.

A 32-year-old man was shot in the buttocks and in good condition was taken to Mount Sinai Hospital.

A 17-year-old boy was wounded in the buttocks and was taken to Mount Sinai Hospital in critical condition.

The 39-year-old man received shots in the back and was taken to Stroger Hospital in good condition.

Late Wednesday afternoon, Chicago police surrounded a car that crashed near 115th Street and Pulaski Road in Alcipe. The car matched the description of the person involved in the shooting.

Alcipo police said the suspects in the car escaped and fled on foot, but were detained.

This is the second shooting in West Garfield Park on Wednesday. Around 4:20 a.m. Fr. A 16-year-old boy was shot in the head in the 3900 block on West Jackson Boulevard when shots were fired from a white car.

This boy was taken to Stroger County Cook Hospital in critical condition.