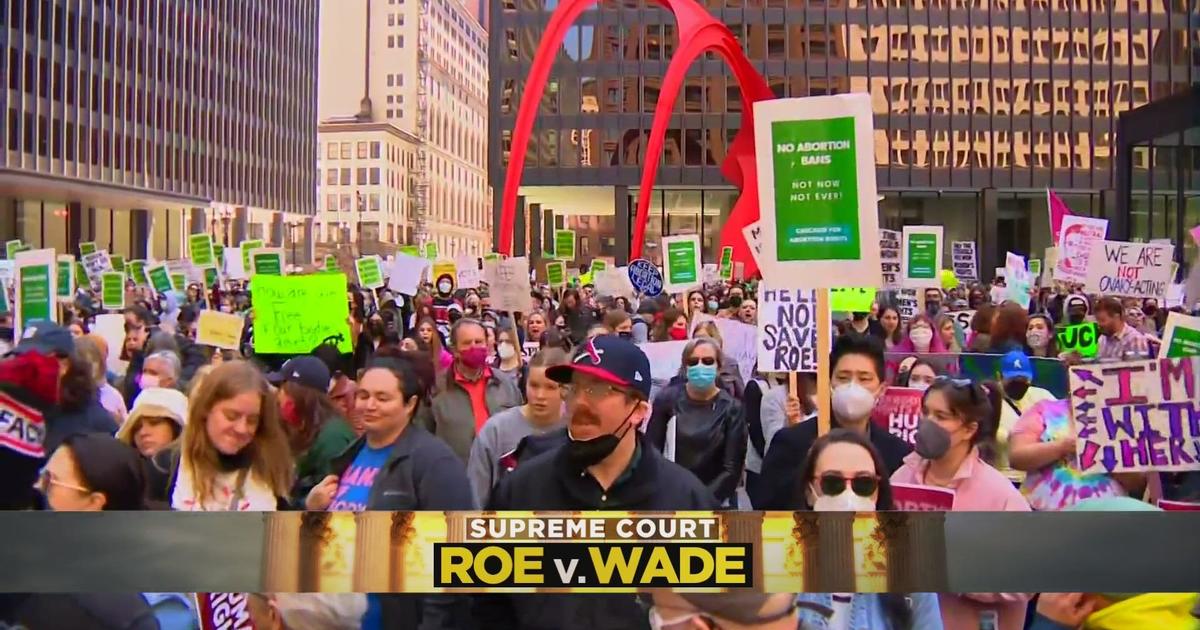 Hundreds of people gathered on Saturday afternoon at the Federal Plaza, raising signs reading: “Abortion is a human right” and “women will not return, we will fight back.”

“We need to stay safe for all those people in other states who can’t have an abortion,” said Gina Roseman-Wendle of Chicago NOW.

“That can’t happen,” Shola Beverly said. “We are standing. That’s all I can say. ”

“I started participating in this fight as a teenager,” said Debbie Pope of the Chicago Teachers’ Union. “I had an illegal abortion in the basement of a doctor in Pittsburgh when I was 17, and for me the struggle is both personal and political.”

A smaller group raised signs about Jesus and prayer and urged people to intercede for unborn children.

“Everyone here, their mothers have made a choice to be,” said one speaker.

“One should not take a person’s life,” said Xavion Meyer. “It’s an involuntary victim.”

A clash of views emerged when a crowd of abortion rights began their march from the square. They then spread their message through The Loop.

But first Governor J. B. Pritzker spoke to the crowd about how he said the end of Rowe v. Wade could affect Illinois.

“Like you, I am proud that Illinois is an island of reproductive freedom in the Midwest, but our shores are open to anyone left behind by these extremist politicians,” he said.

Several protesters on Saturday said they were waiting and preparing for an influx of people from other states seeking an abortion in Illinois.

Of course, the Supreme Court has not yet voted to repeal Rowe v. Wade.

Tim McNichalas is a Morning Insider reporter for CBS2 Chicago.