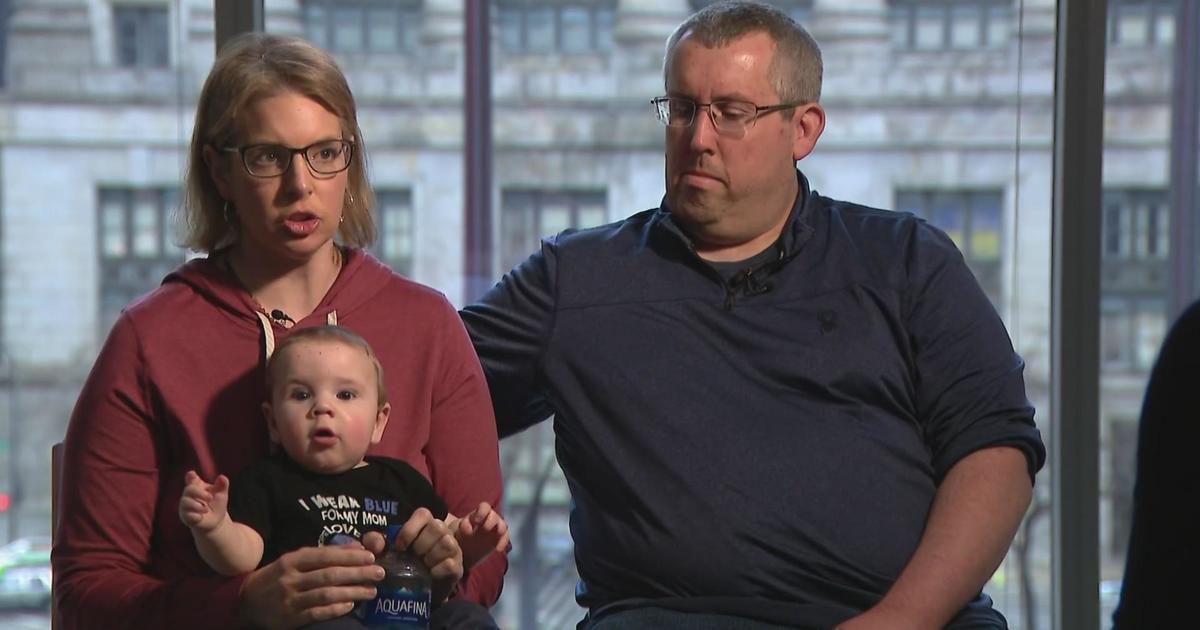 CHICAGO (CBS) – The Aurora woman celebrates her first Mother’s Day in the midst of the battle of her life.

Jackie Costek from CBS 2 introduces us to a family full of strength, perseverance and love.

This is Chris Kelly’s favorite picture of his wife Alice. Filmed at Northwest Hospital the next morning after their worlds shook from the dull force of just a few words.

“When they said you had stage 4 colon cancer, I put a sheet on my head and just cried,” Alyssa said.

Alice was 38 years and 26 weeks pregnant. The cancer, they learned, was inoperable, had already spread to the liver and lungs.

“I remember being in the hospital and just watching her sleep. She was pregnant, she had a big belly (laughs), Colin grew up in it, and inside it was like cancer. It was just unreal,” Chris said.

While the couple tried to think about the uncertain future, they were also forced to reckon with the past. For years, Alice struggled with what she considered irritable bowel syndrome.

“It was always just unconfirmed IBS from her doctor. You know the blood in her stool was hemorrhoids, they said, but they never did a real test,” Chris said.

In early her pregnancy, these symptoms seemed to have accelerated and intensified.

“We just thought it might be morning sickness or pregnancy symptoms.”

But as Alice’s pain intensified, the couple sought answers.

“You have to understand that the doctor has about 500 patients. They have so many patients, but you know she’s my one wife, so she means everything, ”he said.

When diagnosed, Alyssa and Chris say they would like to go back, but there was only a road ahead.

Alyssa began chemotherapy before leaving the hospital, receiving six rounds of treatment before Colin’s delivery through a cesarean section on August 24, 2021.

“When I’m with him, I don’t think about my health. I think about my boy and I would say Chris, you know what, today is a great day, let’s go to the park. Something fun. Because I feel good enough and good , let’s just do it, ”Alyssa said.

In the unpredictability of her illness, the family learned to taste good. Like when Alyssa responded well to second-line chemotherapy, which opened the door for her inoperable cancer to be operated on later this month in California.

For Alice, Chris and Colin this first Mother’s Day will be very enjoyable.

Alyssa and Chris say their family and friends have supported them in incredible ways. If you also want to help, visit them GoFundMe page.