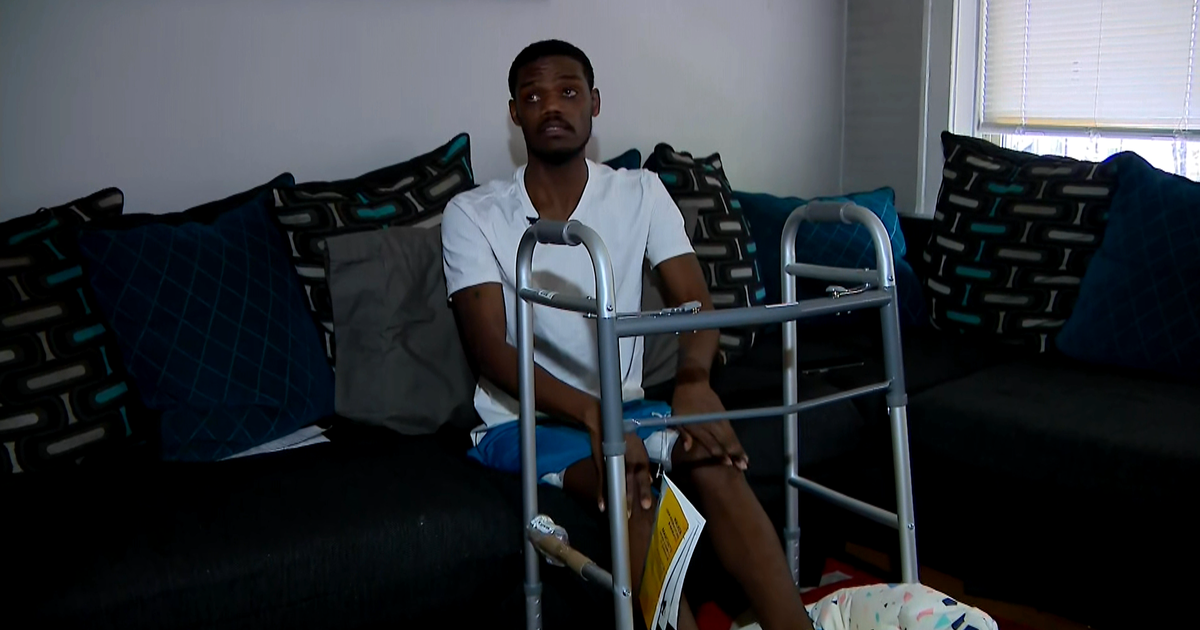 CHICAGO (CBS) – A man from the Albany Park area was shot four times on the way home from work as a result of an accidental attack.

The man, Avery Dodd, is now out of the hospital – and he spoke exclusively on Friday to Sabrina Franca of CBS 2.

When Dodd was robbed this week at the intersection of Albany Avenue and Gunnison Street, he was just trying to find a parking spot. Now he says he can’t even cross the street on that corner.

Dodd is the father of two children. He was returning home from work when he was the victim of an accidental shooting.

Dodd was circling, looking for a parking space, around midnight on Wednesday night when he noticed a car dumped at the end of a nearby alley. At first he didn’t think about it.

But then he turned and stopped at the stop sign, and said the same man who got out of the car pulled out a gun and fired 30 times. Shots rang out and the glass shattered.

An armed man turned off Dodo’s car engine with bullets and then shot him four times in the leg.

“I crawled into the next lane right here and leaned against the wall, my legs shaking – like 90 to the north,” he said.

“There are words that the bullets do not have a name – they do not,” he said. “I’m a living witness to that. They don’t.”

Dodd can’t speak for himself. He therefore asks his neighbors to speak out to help police catch the shooter.

Dodd is expected to be able to walk again after surgery and months of physiotherapy. He says his main goal is to get back to work as soon as possible to support his family.

Anyone with information can report it anonymously to the police.