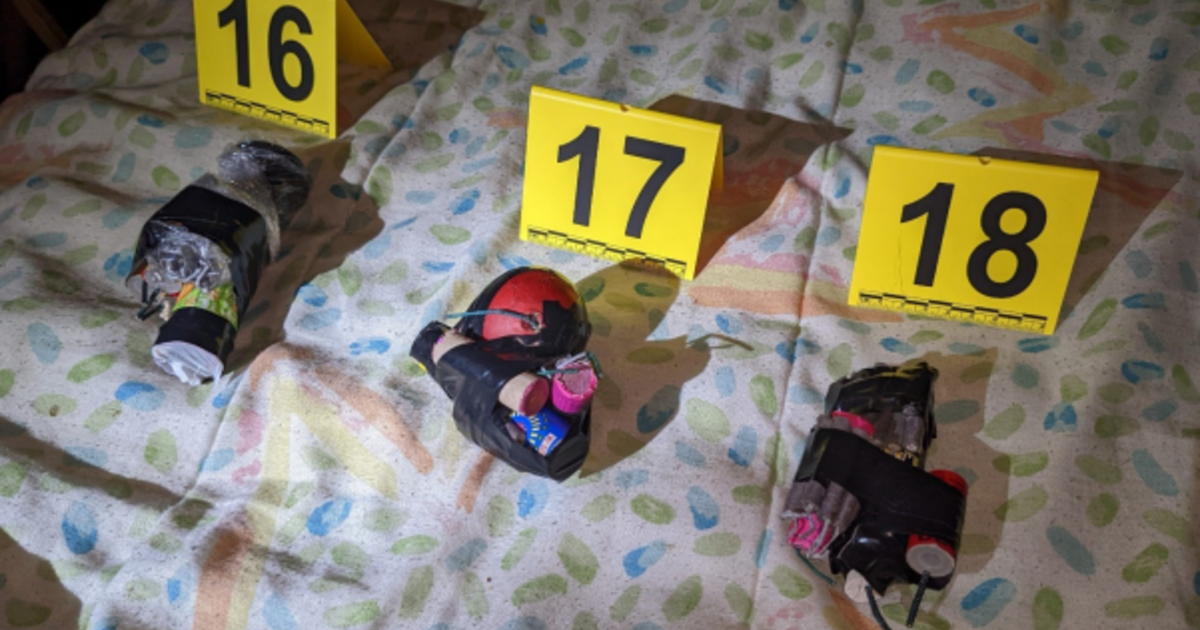 CHICAGO (CBS / AP) – The teenager was arrested in Maine on charges of having unregistered explosives, and prosecutors think he wanted to go to Chicago to attack religious homes.

In court documents, investigators said they conducted a search warrant at the home of 18-year-old Xavier Pelke of Waterville, Maine, and found improvised explosive devices consisting of fireworks and sharp metal objects such as staples, pins and potholders.

An FBI technician on the blast determined that the items were designed to increase the amount of shrapnel when they were blown up.

Pelki claimed that he had only “fireworks” in his apartment and he glued them together for a “bigger boom”, but did not answer why they were full of staples and other sharp objects, investigators said.

Prosecutors believe Pelki planned to come to Chicago to attack the prayer houses.

They claim he was talking to two minors about his plans to attack a mosque and possibly a synagogue.

Federal agents found three improvised devices in Pelka’s backpack during a search of his apartment in Waterville on Feb. 11, according to documents filed in U.S. District Court.

Details of the discussion of what the prosecutor called in court “mass murders” in houses of prayer are included in a sealed court document, said Assistant Attorney General Craig M. Wolf. He said he could only confirm what was said in court at Tuesday’s detention hearing.

The Council on American-Islamic Relations has called on federal prosecutors to bring charges of hate crimes in this case.

The pellets are kept unsecured. His lawyer, Christopher McLean, did not immediately respond to a statement Thursday from the Associated Press.

Wolff declined to comment on whether there could be additional charges.