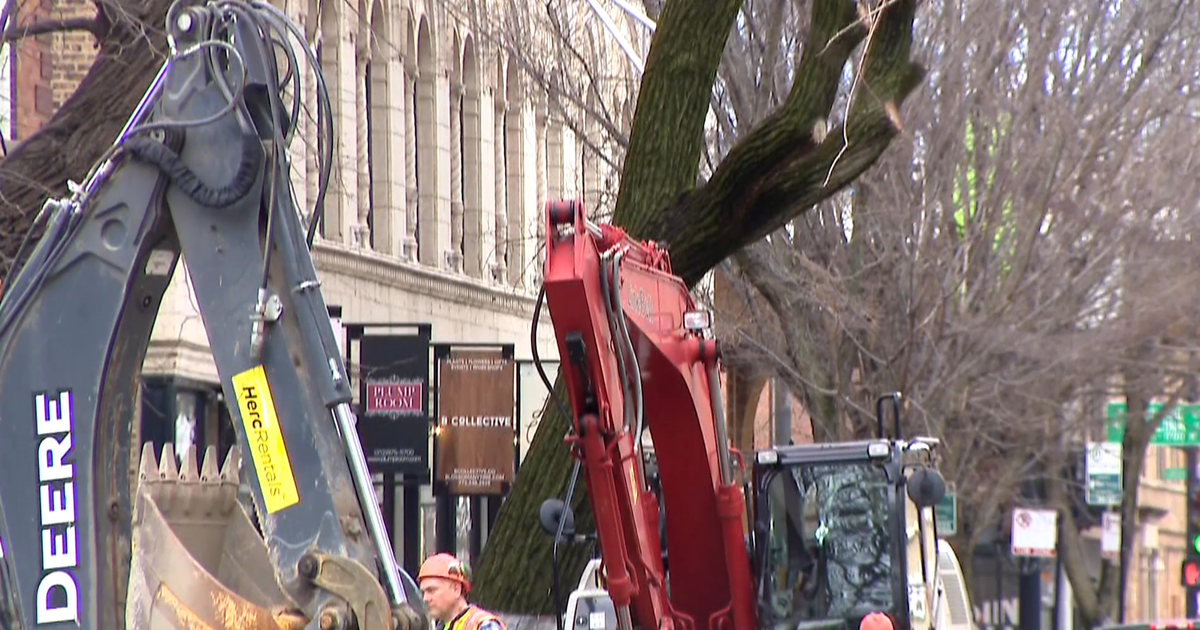 CHICAGO (CBS) – The work of the Department of Water Resources of Chicago can sometimes put trees on the box, but one area managed to save them.

As CBS 2 political investigator Dana Kozlov said on Wednesday, more and more trees are falling due to plumbing works. But the people who live in the section c West Lakeview fought to keep their trees intact, despite the need to replace the ten-year aqueduct – and they won.

Given that their trees can be saved, West Lakeview neighbors want to know why the same thing can’t happen all over the city.

“I think that should have been the case in the first place,” said Ilya Sovs.

Brigades from the Chicago Department of Water Management worked around the majestic, decades-old trees along Peacock Street, which runs south from Lincoln Avenue and Roscoe Street to Belmont Avenue – instead of moving first to cut down trees.

Susa is one of many people who started a months-long struggle to save trees last year. She called on the city to find a way to install the new water supply system in accordance with the rules of the Environmental Protection Agency – without removing them.

Letters, meetings and Ald’s participation were required. Matt Martin (47th) to do so.

“I think we all keep scratching our heads over why we had to pull out so many teeth to achieve this, and why it wasn’t just an innate reaction of the department – especially given how much money the city is investing in protecting the city’s crowns.” said Rosemary Faith, who was fighting to save the trees on Peacock Street.

This is a good question, especially given our request for city registration cut 142 trees last year thanks to work related to the water department. This is more than the number of trees he removed in the previous two years combined – in 2020, 74 trees were cut down for the same reason, and in 2019 – 45.

“We are going to compile a textbook of what we have done, in case it is useful for other areas,” Susa said.

Kozlov spoke with Ald. Martin, who hopes the bypass implemented on Peacock Street can be used in other areas. A spokesman for the water department said each assignment is evaluated on a case-by-case basis.

As to whether the workaround costs taxpayers more, Martin said no. But we were still waiting late Wednesday to confirm this to the city’s water authority.