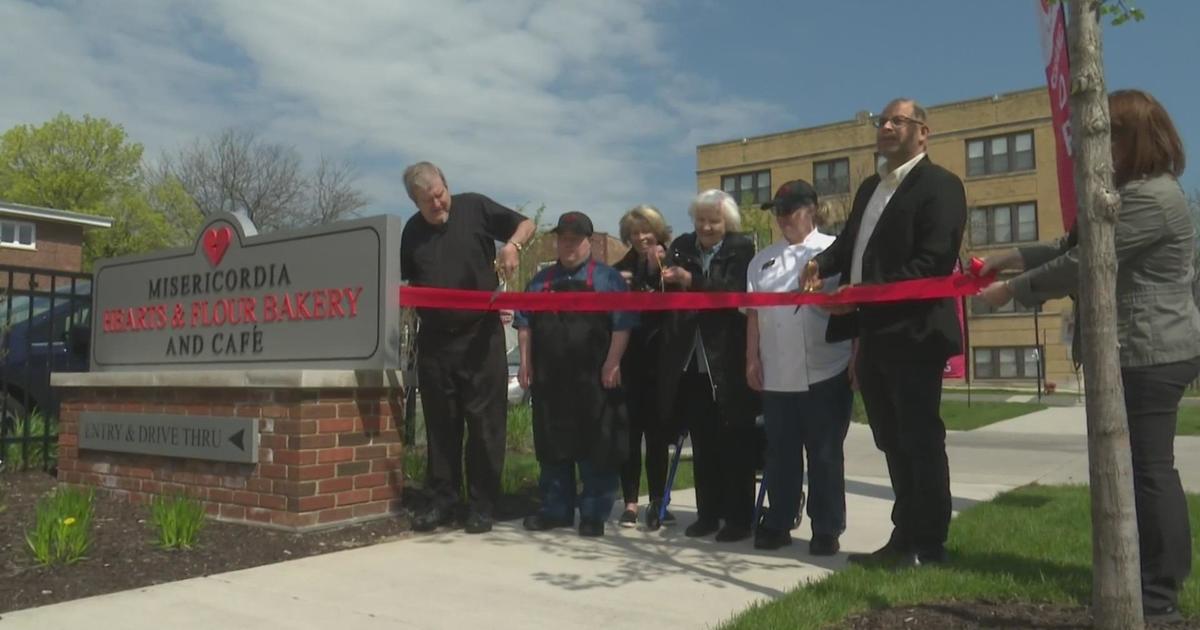 CHICAGO (CBS) – In the new bakery and cafe Misericordia, which employs people with disabilities, everything is really getting ready.

The coffee and staff are so sleek that you’ll never know that the store is only two weeks old.

CBS 2 first told you about the plans for a new venture in December and now we are back to check.

Morning Insider Lauren Victoria finds out what was invested in developing a cute but challenging business.

The amount of caffeine it took to create Bakery and cafe “Heart and Flour”. in the West Ridge neighborhood is immeasurable. The brilliant new building was once a tired shopping mall. Old photos of Google Maps show an liquor store, cleaners and empty shop windows, formerly called the 6130 N Ravenswood Avenue home.

He helped cut the ribbon on what has been five years of permits and paperwork.

“They had to conduct a shadow survey to make sure the height of the building would not reflect other places that were here,” Vazquez explained.

“Of course, to drive around the place, the parking space had to be a little bigger. In addition, the parking space requires city licenses and zoning requirements,” said Claire, who added that to find out where trucks can park to deliver. delicious ingredients have yet to be figured out. another obstacle.

Enough planning to do a headache, but planning that benefits people like Jeff, a relative of Victory.

He works as a receptionist at a bakery located outside the Miserycordia campus, a community of people with intellectual and developmental disabilities.

“I greet people. I follow the orders of the people,” said Jeff, who has been a resident of Miserycardia since 2016. “It shows that I have the skills to do it more often.”

Each sale at Hearts and Flour helps reduce Misericordia’s annual gap of $ 25 million, which is not covered by state or federal funding. A nice breakfast here also helps Jeff and other Misericard residents pay the minimum wage. Nice to spend money.

Jeff uses it to go on vacation and buy his girlfriend presents.

You’ll never know outside, but on the floor above the bakery there’s another job opportunity. Residents will pay for the creation of the art, which will then be sold at auctions at various Misericordia fundraisers. The opening of this area is scheduled for the end of the month. Sometime in the future on the third floor will be another operation to earn money: packaging of whole grains and ground coffee for sale in the bakery.