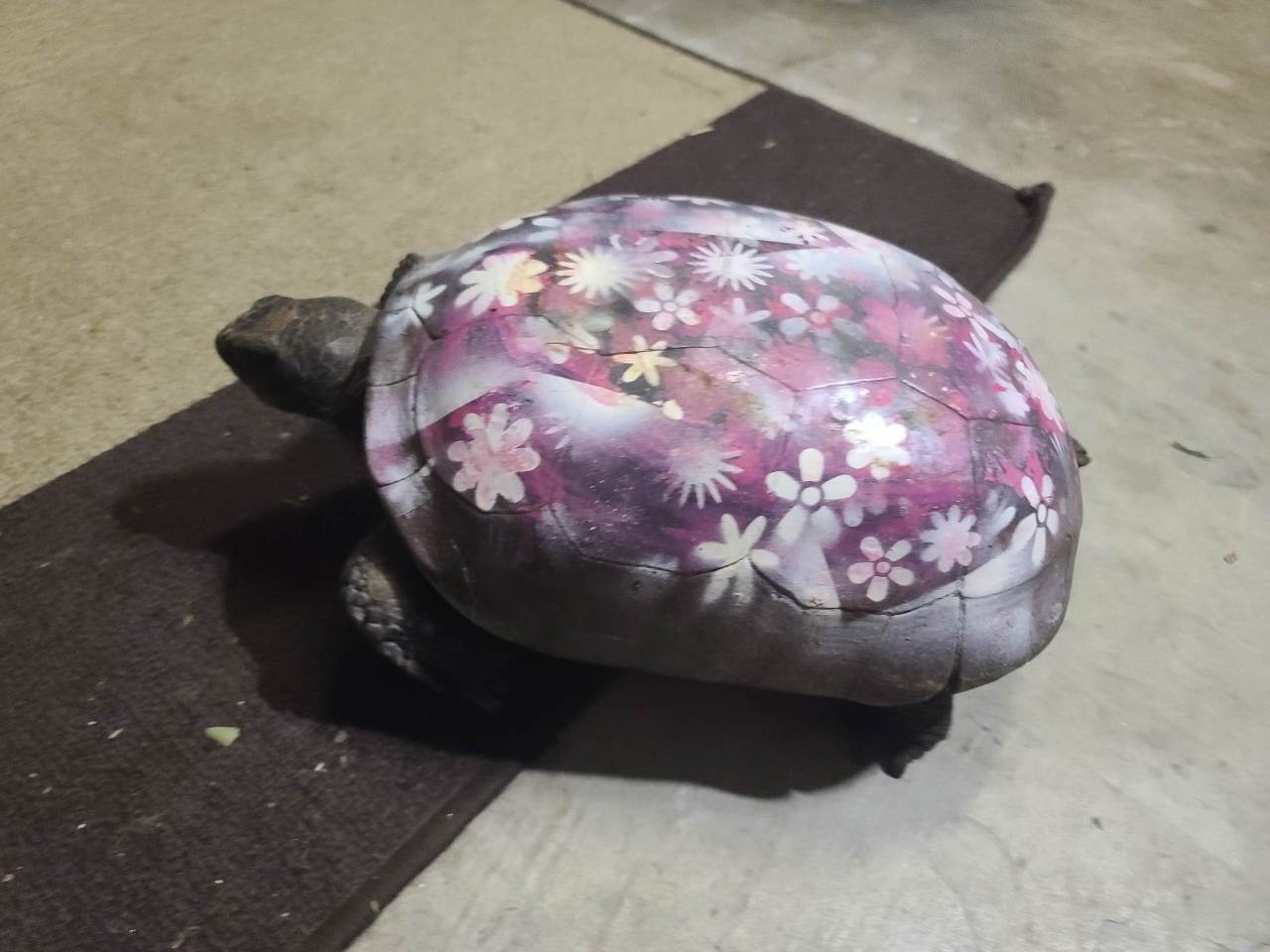 TAMPA, Fla. (WFLA) — The Florida Wildlife Sanctuary is reminding residents and tourists to stop painting the shells of turtles and gopher tortoises.

The reminder comes after a female gopher tortoise was found in Florida with a pink pattern and flowers painted on her shell.

A good Samaritan found the turtle and alerted the Florida Fish and Wildlife Conservation Commission, after which it was taken to the Owl’s Nest Sanctuary in Odessa. It is still unclear where exactly the turtle was found.

“Sometimes we honestly have NO WORDS for what people do to animals for entertainment” – the sanctuary wrote in a message on its Facebook page. “It’s not our first case of people illegally painting turtles in seven years, but this was different, it was good airbrush paint.”

Painting the shells of turtles is not only prohibited, it can seriously endanger their health. Paint can interfere with their absorption of nutrients and cause harmful chemicals to be absorbed into the bloodstream. It can also cause breathing problems.

“Not only is the shell attached to the turtle’s skeleton, but so are blood cells and nerve endings. Therefore, damage to it can affect the blood cells and cause internal bleeding and eventual death,” the sanctuary said. “The carapace also contains the dermal bone, so if the fine paint plugs the holes, it can almost suffocate the reptile.”

The sanctuary said its medical team is working to remove the paint and that their chief biologist will determine where the turtle will go.

“Hopefully away from people who thought it was entertainment!” – they added.

“The gopher tortoise is listed as threatened in Florida, and it is against the law to kill, pursue or destroy gopher tortoises, their burrows or eggs, unless authorized by permit,” an FWC spokeswoman said in an email to WFLA.

Those with information about the incident can call the FWC Wildlife Alert Hotline at 888-404-FWCC (888-404-3922) or submit a tip online at MyFWC.com/WildlifeAlert.