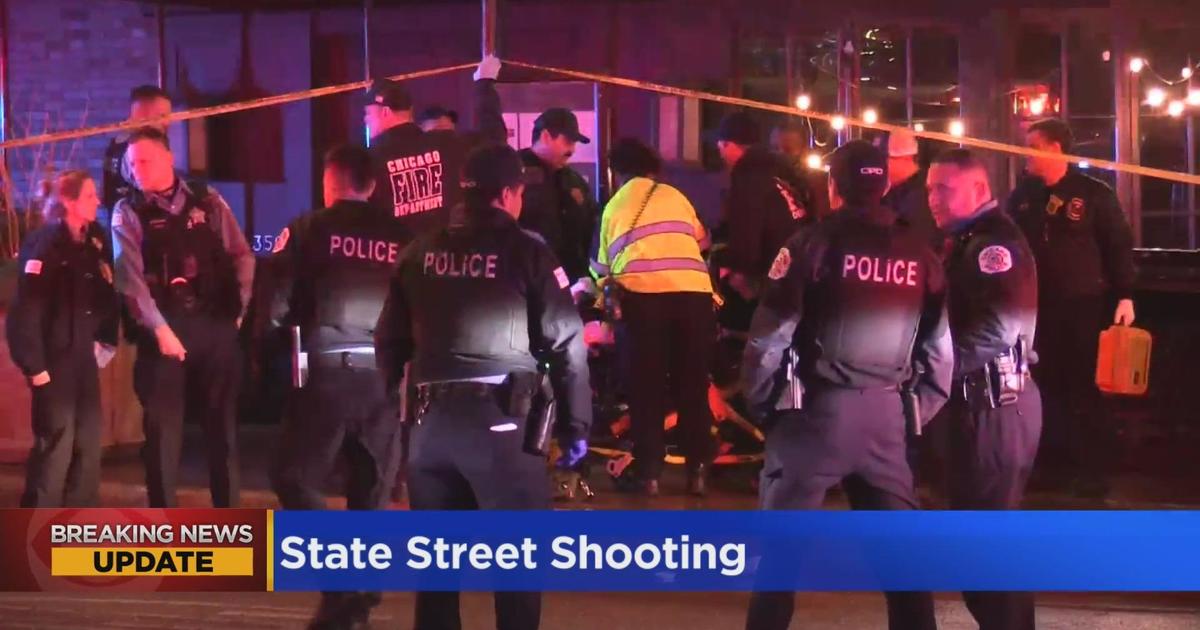 CHICAGO (CBS) – One woman was killed and another was injured in a shooting near the North Chicago River. Police said it all unfolded on the sidewalk near the Blues House.

It came just four blocks from the sheriff’s recently opened command post aimed at fighting crime in the area.

Chaos was recorded in the Citizen app early Saturday morning.

“I was right around the corner,” the man said in the video. “I drove up and saw that they were around her. They were shouting and shouting. ”

Chicago police said it happened on a sidewalk on State Street near Kinsey. Officers said the two women quarreled with an unknown man, who then pulled out a gun and shot both women several times.

One of them, a 26-year-old girl, was shot in the chest and taken to Northwestern Hospital, where she was pronounced dead.

Another 31-year-old woman was shot in the left thigh and taken to Northwestern Hospital in good condition.

Bullets also sprayed nearby businesses, knocking out a window in the Radio Room.

This year, River North ranks fifth among all areas of the city in the number of crimes, ranging from criminal sexual violence to burglary and robbery.

Chicago Police Department. David Brown addressed this during a roll call in the fresh air before patrolling the North River neighborhood.

“We want to make sure the public has seen us, obviously we are interested and cooperating,” he said.

During a press conference, Cook County Sheriff Tom Darth said the number of shootings and killings has dropped in the five years since they stationed their first command post in the Austin area.

No one was detained during Saturday’s shooting.