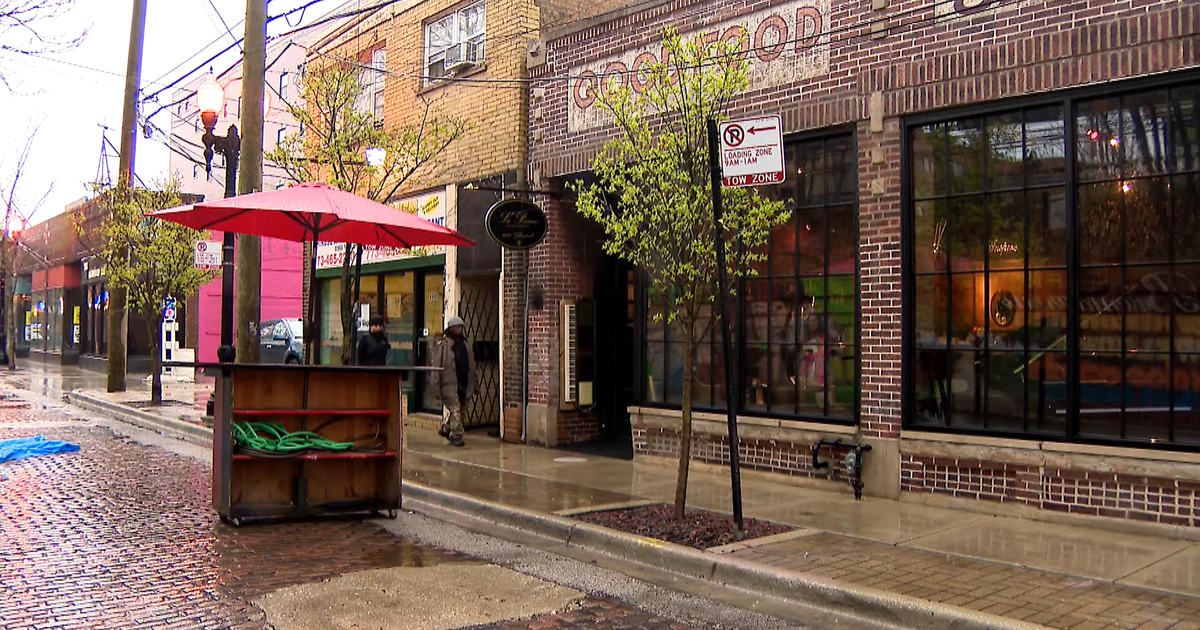 CHICAGO (CBS) – Friday was a very wet day in Chicago, but it was also an opening day for al fresco dining.

As Sabrina Franza of CBS 2 reported, Glenwood Avenue in Rogers Park is among the streets that have been closed to cars for outdoor lunches as part of the Chicago Alfresco program. Soon there will be music, dancing and food on the cobbled section of Glenwood Avenue, which is adjacent to the Red Line waterfront on the east side.

But it was not easy for restaurants to apply for the street. The cost and effort to do so was enormous.

In fact, the closure of South Glenwood Avenue between Lunt and Morse avenues is huge – because it took months of various applications to the city to even get to that point.

“You get excited one inch forward and then push back three inches -“ Well, good. We did not receive this permission. We don’t have one or the other yet, ”Willets said.

Piano6970 N. Glenwood Ave., opened three years ago – 18 months before the pandemic – in a space that many years before occupied the No Exit Café.

“We can do classics, jazz, folk, blues – you name it; all kinds of art outside – not just music, but also fine arts, artists, sculptures – really what we are good to see in the city of Ravinia,” said Willets.

The Chicago Alfresco Program was opened for applications last year. Le Piano said it took eight months for everything to be ready and all permits approved.

To open a street or area for al fresco dining, businesses need to contact the organization – in this case the Rogers Park Business Alliance. It’s a costly process – businesses had to provide visualizations of their plans made by architects, even to get city approval.

Only then can businesses start purchasing materials to make these images a reality.

“It’s not something we’ve done, and we couldn’t do it alone,” Willets said. “It’s the result of many, many people working together.”

It was a huge feat for businesses still recovering during the pandemic – Le Piano alone cost about $ 125,000.

The two small Rogers Park businesses involved in the Glenwood Avenue Outdoor Initiative are Le Piano, as well as The Glenwood, 6962 N. Glenwood Ave. – both received grants from Diageo for beer and spirits.

The grant includes all applications, visualizations and construction. The city only told us about the $ 75 annual fee for one of the permits.

“We were very excited today when we finally managed to put up the barricades,” Willets said.

We asked the city how many applications it has approved so far with a lengthy detailed process. So far, they’ve told us seven – and haven’t told us where they are or which areas have also been included in Chicago’s Alfresco program this year.

At Rogers Park, they hope to start dining outdoors on Glenwood Avenue on Saturday. In good weather – in fact in the summer – they will finally be able to use the open space.