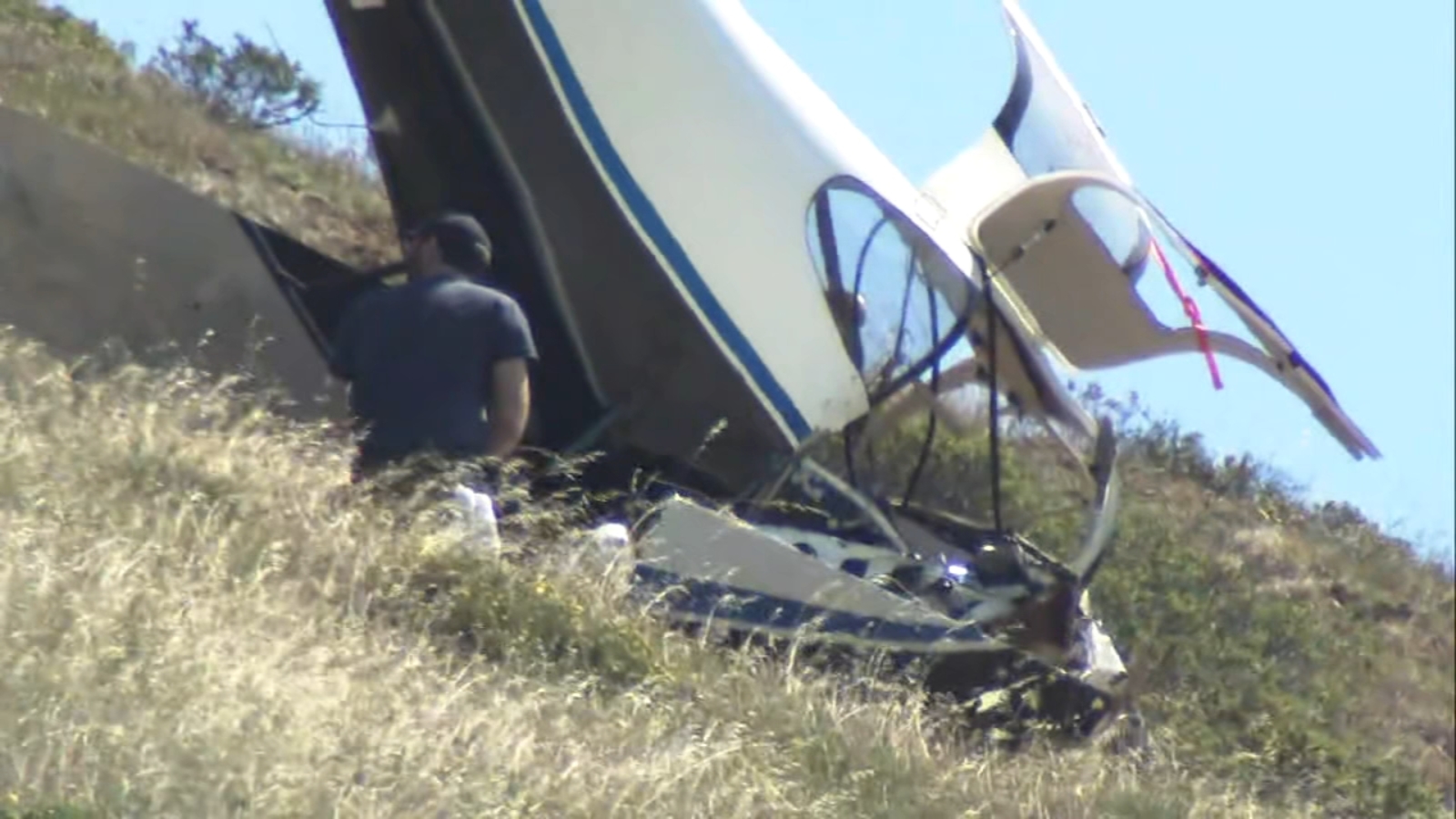 The National Transportation Safety Board is investigating a crash that occurred in the Marine Hedlands, northwest of San Francisco’s Golden Gate Bridge.

Video from a previous report. Stay tuned with ABC7 news on this development.

Cyclists in the Marine Hedlands loved views of the Golden Gate, but the wreckage of the plane crash, located just a few hundred yards from the bridge, stopped many.

“It’s very sad that it looks just out of the movie,” Sue Hutner said.

Investigators from the National Transportation Safety Board investigated the charred wreckage of the plane that killed the pilot and passenger. Officials say the experimental single-engine Vans RV-10 crashed on the ridge around noon on Friday.

Jennifer “JJ” Fox from Sacramento has been identified as one of the two dead in Friday’s plane crash in the Marine Hedlands, according to a report on Jesuit High School website.

Jesuit High School says Fox is the mother of a sophomore attending the school, adding that a friend of Fox’s also died in a plane crash.

An acquaintance of Fox told ABC7 News that Fox once owned the Simply Spa in Sacramento, one of the first day spas in the city.

“We know the plane took off from Sacramento,” said NTSB investigator Eleazar Nepomuchena.

Investigators say the plane’s destination was unknown. An emergency beacon helped emergency services find the wreckage. There was heavy fog in the area at the time of the accident.

Investigators did not determine whether the weather was a factor in the crash, but confirmed that the pilot used PVP, visual flight rules for navigation, rather than PPP or flight rules on instruments commonly used in bad weather.

“We know there was fog in the area, but we will gather all the information and meteorological information to see how the plane interacted with the environment,” Nepomuchena added.

Investigators plan to remove the plane from the crash site on Sunday and take the wreckage to Sacramento for further analysis. It may be months before the cause of the disaster is determined.