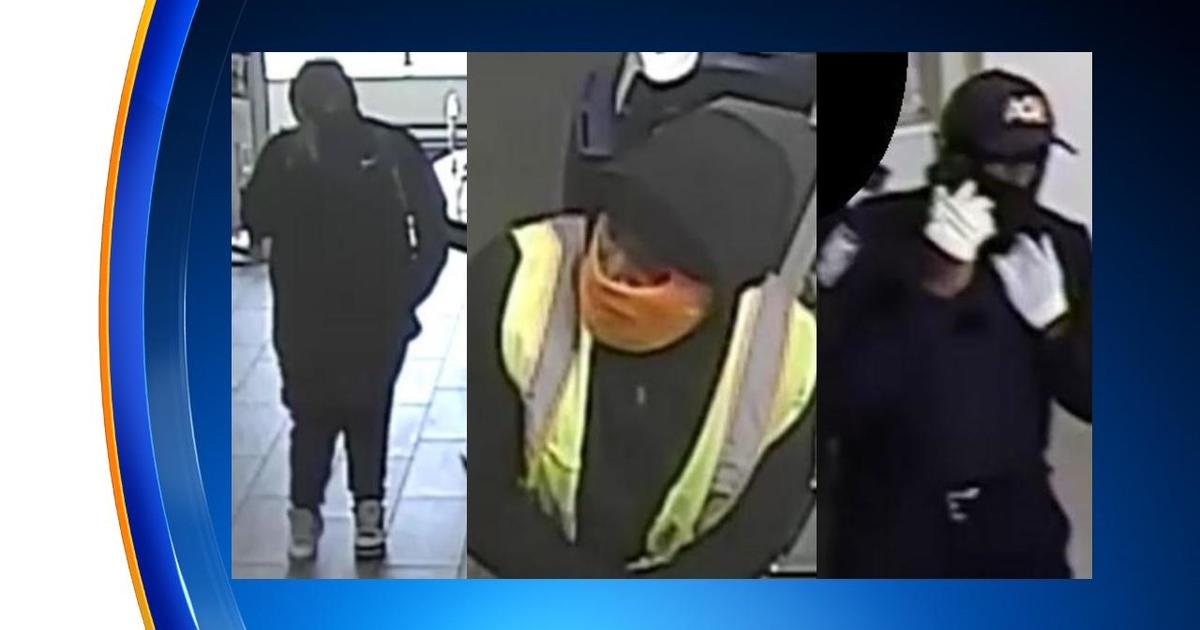 CHICAGO (CBS) – Police are looking for three men who robbed a bank Tuesday in the Middle West Side.

At about 11:32 a.m., the FBI responded to a robbery at Chase Bank, located at 1225 S. Ashland Ave. The three suspects entered the bank, posing as customers, before demonstrating a gun and demanding money.

Police radio also reported that the robber or robbers were wearing a security guard uniform when the money was taken.

“Security uniform – a real guard punching the code to get on the sidelines, and then they rushed to it, put everyone on the floor and got to this rear shelter,” – heard the officer who spoke over the scanner.

The suspects are described as three black men, one of medium and large physique from 5’5 “- 5’6”, wearing a dark hooded sweatshirt with the Nike logo on the front, a dark mask, dark blue and white pants. Jordan shoes and a blue backpack.

The second suspect, about 5’10 “tall, wore a dark hooded sweatshirt, a bright orange mask, a yellow reflective vest, dark gloves, pants and boots. The third suspect, 5’10” to 6 ‘, dressed as a security guard and was in dark hats with white lettering, dark mask, dark shirt with stripes on both sleeves, white gloves, dark belts, pants and dark work boots.

The suspects are considered armed and dangerous.

Anyone with information can report advice by calling 312-421-6700 and tips.fbi.gov. Tipsters can remain anonymous.