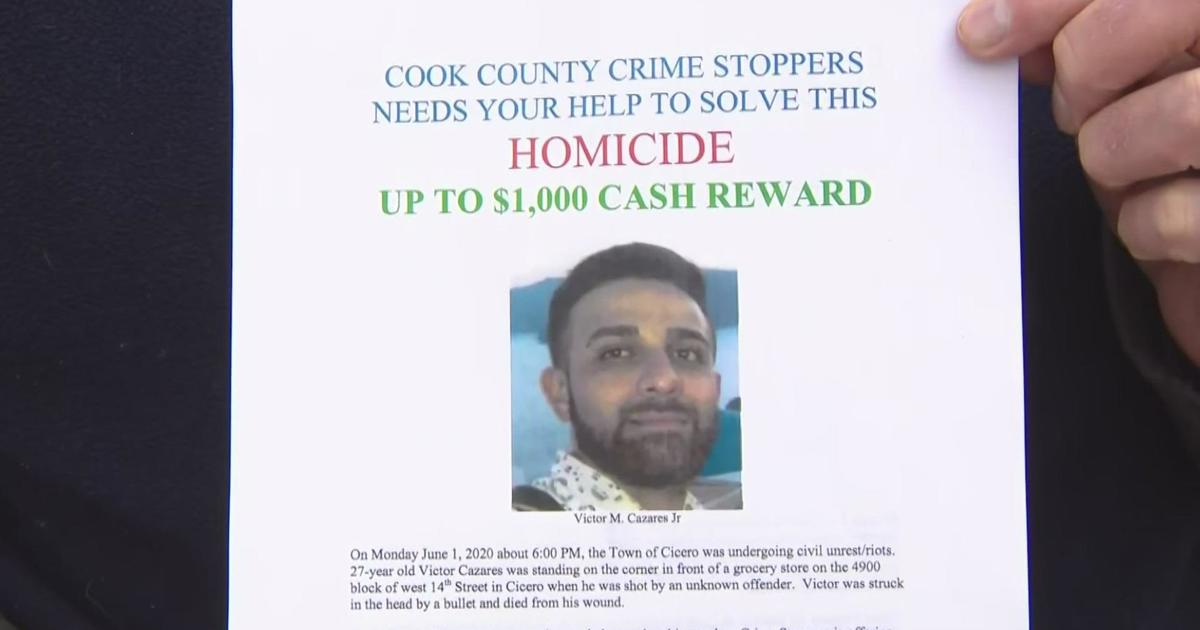 CHICAGO (CBS) – Almost two years have passed since the fatal shooting of a man near a distillery in Cicero. Relatives are again trying to find the killer of Victor Casares Jr.

He and another man were shot dead in a chaotic situation in June 2020. The video from that day shows at least a dozen looters ravaging the store around 50th and Chermak.

Casares and the other victims were innocent passersby.

On Saturday, police and family members met on the corner of 49th and 14th in Cicero. They handed out leaflets, hoping for information that could lead to the arrest.

There were many people in the area at the time of the shooting, and members of Casares’ family say someone must have seen something.

Cazares ’sister filed a federal lawsuit, accusing the two paramedics of allowing her brother to be photographed when he died. The suit alleges that the retired lieutenant of the fire service posted a photo on Facebook with a contemptuous caption.