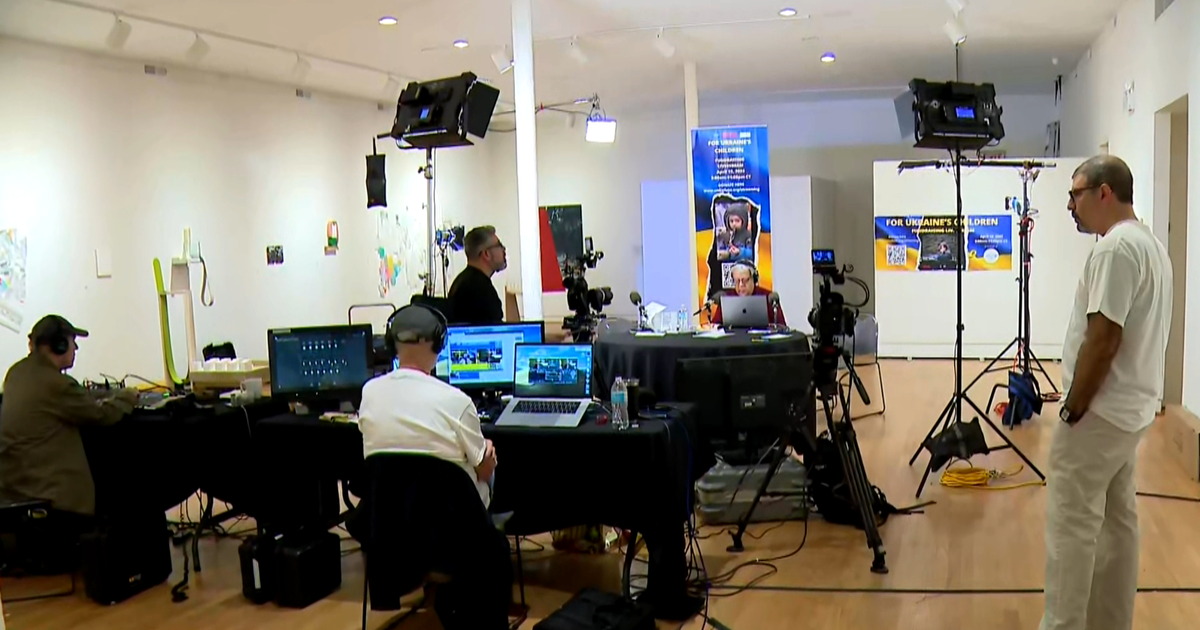 CHICAGO (CBS) – To help Ukrainians avoid violence during the war in this country, CBS 2 cooperates with Illinois Broadcasters Association to raise money for UNICEF.

Wednesday was the last day fundraising. Ended at 11 p.m.

According to CBS 2 Marisa Perlman, two months have passed since Russia’s first attack on Ukraine. Those who have ties to Ukraine are worried about conflict fatigue; that our community will forget about the continuous atrocities of war. And the war showed no signs of slowing down.

Victoria Cooper says that after two months of war she never stopped worrying about her family in Chernihiv, Ukraine.

“The fact that they escaped is nothing more than a miracle,” Cooper said.

For 30 days, while Chernihiv was occupied by the Russian army, Cooper’s parents hid in cramped rooms, where they were given a bucket of water daily. Now their house is destroyed.

“We were all very nervous,” Cooper said. – Some of me did not want to believe it.

On st Ukrainian Institute of Contemporary Art, at 2320 W. Chicago Ave. in Ukrainian Village, Steve Robinson of New Media Productions aired for several hours. He raised thousands of dollars for the children of Ukraine.

Cooper said the job is important to her family, who are going through this war.

“In the face of such violence that the world seems to have forgotten about them,” she said.

In the face of conflict fatigue, Cooper worries that support will not continue, as the war has shown no signs of slowing down.

“I’m afraid that Americans or Western society as a whole will want to return to their more comfortable lives,” Cooper said.

Meanwhile, on Wednesday in the Daily Plaza, accompanied by violinists, demonstrators laid out shoes and toys in memory of the hundreds of children affected by the war in Ukraine and the 186 killed.

“They are covered in paint to show the torture of pain that all families and children have endured,” said Tonya Sompali of Help Ukraine Together.

Both women say they will never stop fighting to end the war – and they hope the Chicago community continues to support it.

“This massacre needs to be known and stopped,” Sompali said.

“Every generation of Ukrainians must fight,” Cooper added. “It seems that this generation is dying en masse for this.”

A call for UNICEF donations continued day and night on Wednesday. The money will help migration centers for refugees forced to leave Ukraine.