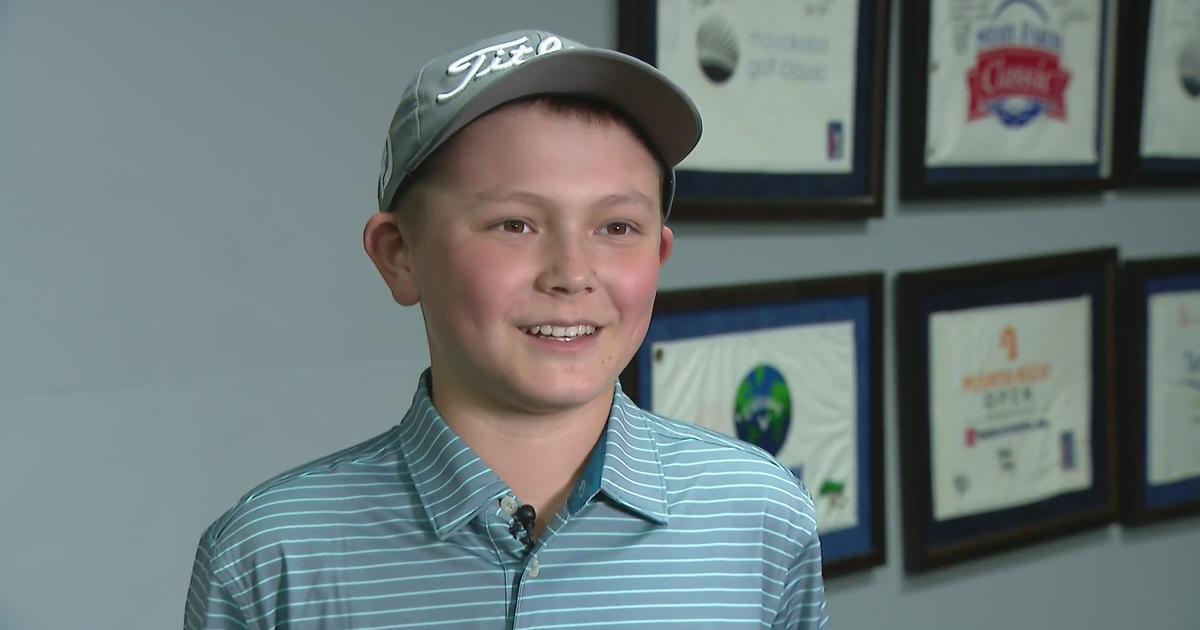 CHICAGO (CBS) – Before the professionals stepped onto the biggest golf stage to compete for the top title, some of the best young golfers tried a little to taste Augusta National. And it was an extra special trip for a high school student from Clarendon Hills.

This week, 12-year-old Michael Jorski was a pretty popular kid at school.

“I got a lot of congratulations. Other than that, it was pretty okay. It’s still a school, you have to do your job.”

Michael is definitely getting a job on the course. These efforts paid off with amazing experiences and an exciting victory.

Yorsky won his age group in the Drive, Chip and Putt finals on August National Sunday before the Masters.

“It was exciting. Being there is amazing in the first place. It’s exciting. Also, I won,” Michael said.

Perhaps the most impressive part of his victory. Yorski had to make a 30-foot kick on the 18th green to reach the playoffs.

“My legs were shaking,” Michael said. “It’s really hard for me to get rid of nerves, so I’m doing my best to fight. I’m hit 30 feet on national television on the 18th green spot of Augusta National.”

As an added bonus, all children participating in the Drive, Chip and Putt finals can attend a workout on Monday. Michael saw Tiger Woods.

“I saw him make the first shot in his first hole. Seeing him back almost a year and a half later, seeing him come back is amazing. It’s also better to watch him fight back. “

And watching the professionals prepare for the big event, he also learned about the preparation.

“I say a little too much. I probably need to be a little more focused on my own game.”

Matt Zan joined CBS2 Chicago in October 2016 as a sports reporter and substitute sports presenter, and what a time to come to Chicago. Matt arrived just when the Cubs won the World Series.