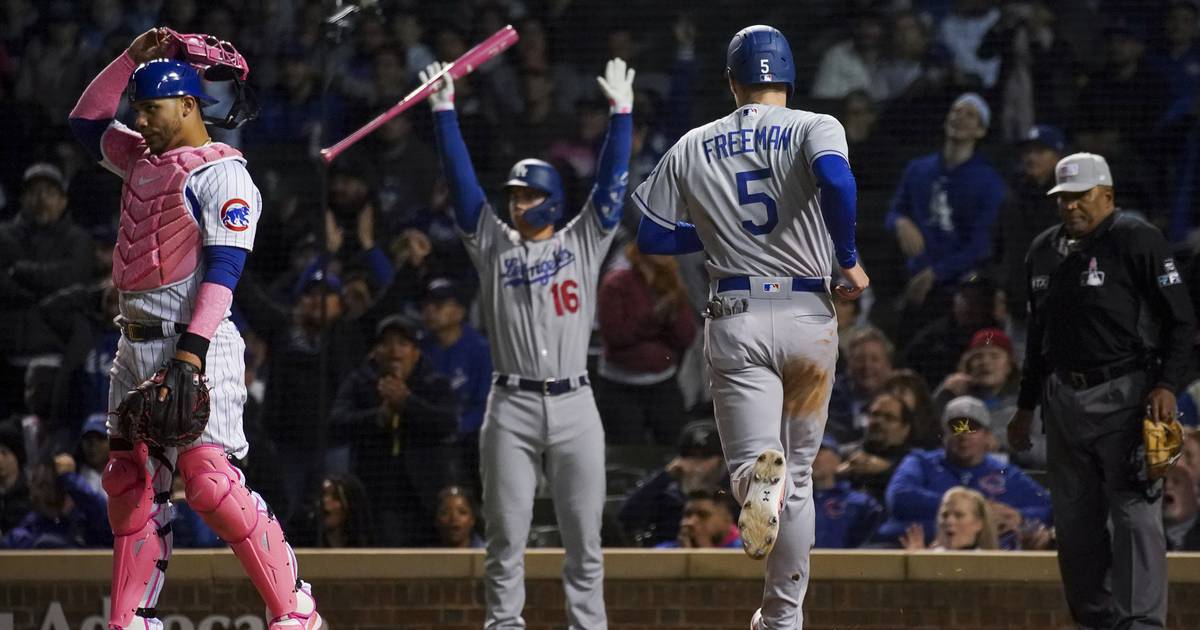 Walker Buhler made seven brilliant innings in his 100th career, and the Los Angeles Dodgers beat the Chicago Cubs 7-1 Sunday night, winning for the sixth time in a row.

Buhler (4-1), a two-time All-Star player who made his major league debut in 2017, has improved to 3-0 from a 0.43 ERA over the past three outings. The right-hander allowed one run and four punches, knocked out six and walked two.

Cody Bellinger had three blows to the Dodgers, and Justin Turner and Freddie Freeman inflicted each sacrificial blow. Flour Bates got 2 on 5, extending his streak to nine games.

The Cubs lost for the 14th time in 17 games. They had only three runs and 15 hits in the triple.

The cubs had to shuffle their rotation after Marcus Stroman got scratched and then they lost Justin Steele due to a left arm injury.

[ [Don’t miss] Column: Sometimes it can be “hard to watch,” but Sei Suzuki and the Cubs try to stay patient ]

Stroman was included in the list of victims without a designation, which probably means that the right-hander was postponed due to a problem related to COVID-19.

Style (1-4) joined, making his first appearance since April 30th. But he went to the fifth inning, averted by the pain in his big left thumb.

The Dodgers jumped over Michael Rocker after Steele climbed into the dugout. With loaded bases and none of the fifth, Gavin Lux scored the ball in a double ball by Trea Turner and increased the score to 3-1. Bates then ran home to a wild field.

Freeman’s sacrificial flight made the score 5-1 in the seventh, and NL West leaders made two more runs in the ninth – helped by Nick Herner’s mistake.

Dodgers: Manager Dave Roberts said LHP Victor Gonzalez (elbow) will have arthroscopic surgery on Wednesday. Roberts said it’s a big swing and the team hopes Gonzalez will be able to return this season. … RHP Blake Trainen (right shoulder inflammation) was scheduled for an MRI on Monday, but Roberts said he doesn’t think Trainen will see a doctor now. The plan is to try rehabilitation, Roberts said, hoping to get help back after a break at the All-Star Game. … LHP Andrew Heaney (shoulder inflammation) plans to play on Monday. “He’s fine,” Roberts said. “He’s in a good mood.”

Cubs: 3B Patrick Wisdom was out of the starting lineup, but manager David Ross said Wisdom is feeling better. He left the second game of Saturday’s double because of a bruised left ankle.