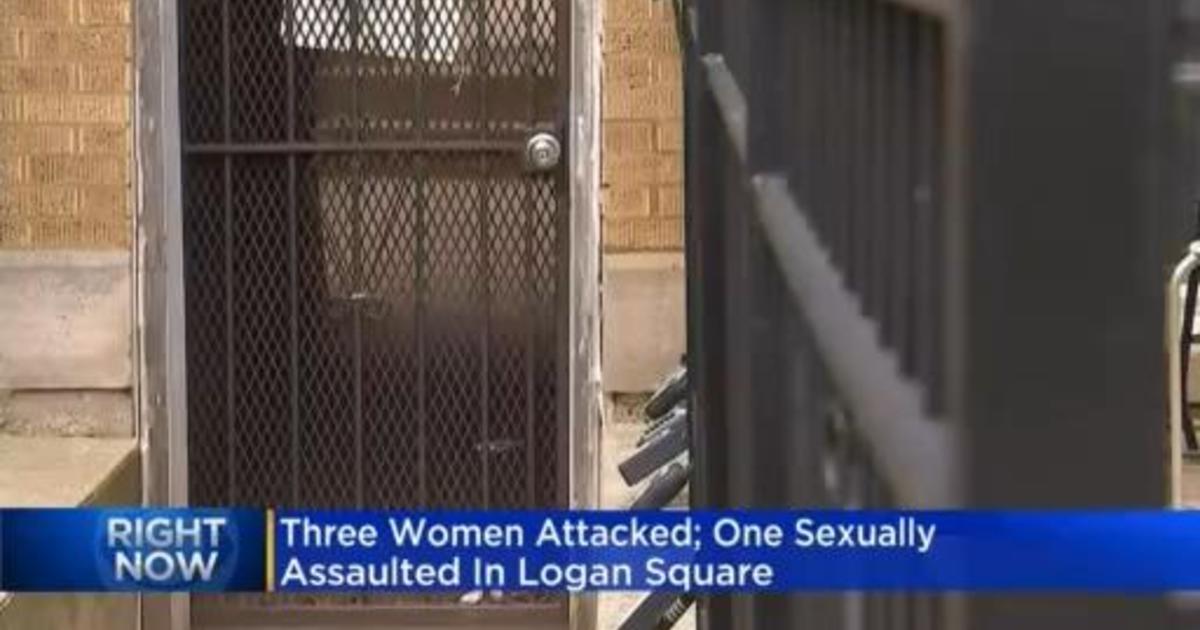 CHICAGO (CBS) – Three women were attacked and one was sexually assaulted.

Tara Malina of CBS 2 from Logan Square where the incident was reported. Some area residents have only just learned about three attacks in the last month.

The last attack took place only last weekend. On Saturday, the woman was grabbed from behind and put on a black bag.

All the attacks take place in blocks from North Humboldt Boulevard in Logan Square. Behind all three is believed to be the same person.

A 39-year-old woman committed sexual assault in broad daylight last Friday afternoon. Police said the man followed her into her building, grabbed her by throwing his head against a wall before committing sexual assault.

A few hours later, on Saturday, around 3:30 a.m., the same man attacked again, following a 36-year-old woman who entered her building, grabbed her and put a black bag on her head. Police said she fought him, screamed and he fled.

With the first attack, a few weeks ago, on April 11, a man entered the building by knocking on the door of a 36-year-old woman asking if she knew if anyone lived in the building. Eventually he tried to forcibly break into her house. When he failed, police said he sprayed her with pepper before running out of her building.

He is described as a 170-pound man, 5’6 “to 5’10” tall, wearing dark clothes, a surgical mask and, as police call it, a construction or in particular an Amazon vest.

Chicago police have said no one is in custody and they are still investigating.