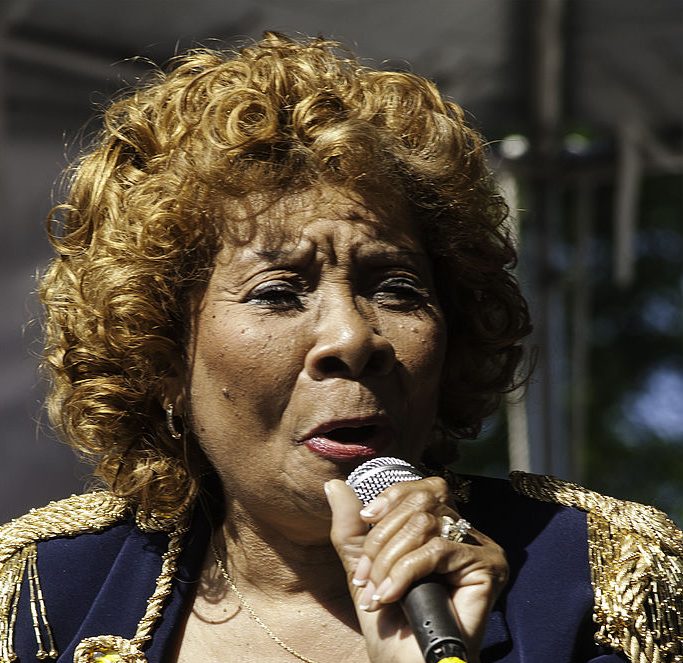 Mabel Johnwho recorded for Motown and Stax, and later worked with Ray Charles, died Aug. 25 at her home in Los Angeles. Her nephew, Kevin John, confirmed the death but did not give a cause. She was 91 years old.

“We loved her and she was a good person,” Kevin John said of his aunt, the older sister of R&B star Little Willie John.

John had a rich musical career. She was the first solo artist signed to Berry Gordy Jr.’s Motown (then Tamla Records) and recorded the songs “Who Wouldn’t Love A Man Like That,” “Actions Speak Louder Than Words,” “No Love,” “Looking for a Man” and “Take Me”, the latter with background harmonies by The Temptations.

John left Motown in the mid-1960s to join the Memphis label Stax Records. There, she teamed up with the songwriting team of Isaac Hayes and David Porter for her 1966 hit “Your Good Thing (Is about to End),” which reached No. 6 on the Billboard Hot R&B chart and No. 95 on the Billboard Hot 100. The song later has been remade by Lou Rawls, Etta James, Bonnie Raitt and others.

After Stax, John became music director and lead singer with Ray Charles’ Raelettes. There, she collaborated on dozens of songs during her ten-year stay.

After working with Charles, John left the music business to become a minister, founding Joy Community Outreach in Los Angeles, which helps feed and clothe the homeless.

She made her screen debut as a veteran blues singer in the 2007 John Sayles film Honey dropperand was featured in an Oscar-winning documentary 20 feet from glory.

John was born on November 3, 1930 in Bastrop, Louisiana. The oldest of nine children, she moved to Detroit in the early 1940s and took a job at Friendship Mutual Insurance Company, founded by Bertha Gordy, mother of the young music producer Berry Gordy Jr.

“He became my vocal coach, my manager and, a few years later, my producer,” John recalled to author Susan Whithall, according to Motown Classic’s. site.

John made her professional music debut at the Flame Show bar in Detroit, where she opened for Billie Holiday in 1959. The year before, she signed a contract with Gordy’s Tamla Records, which became Motown.

Information about survivors and plans for memorials were not immediately available.