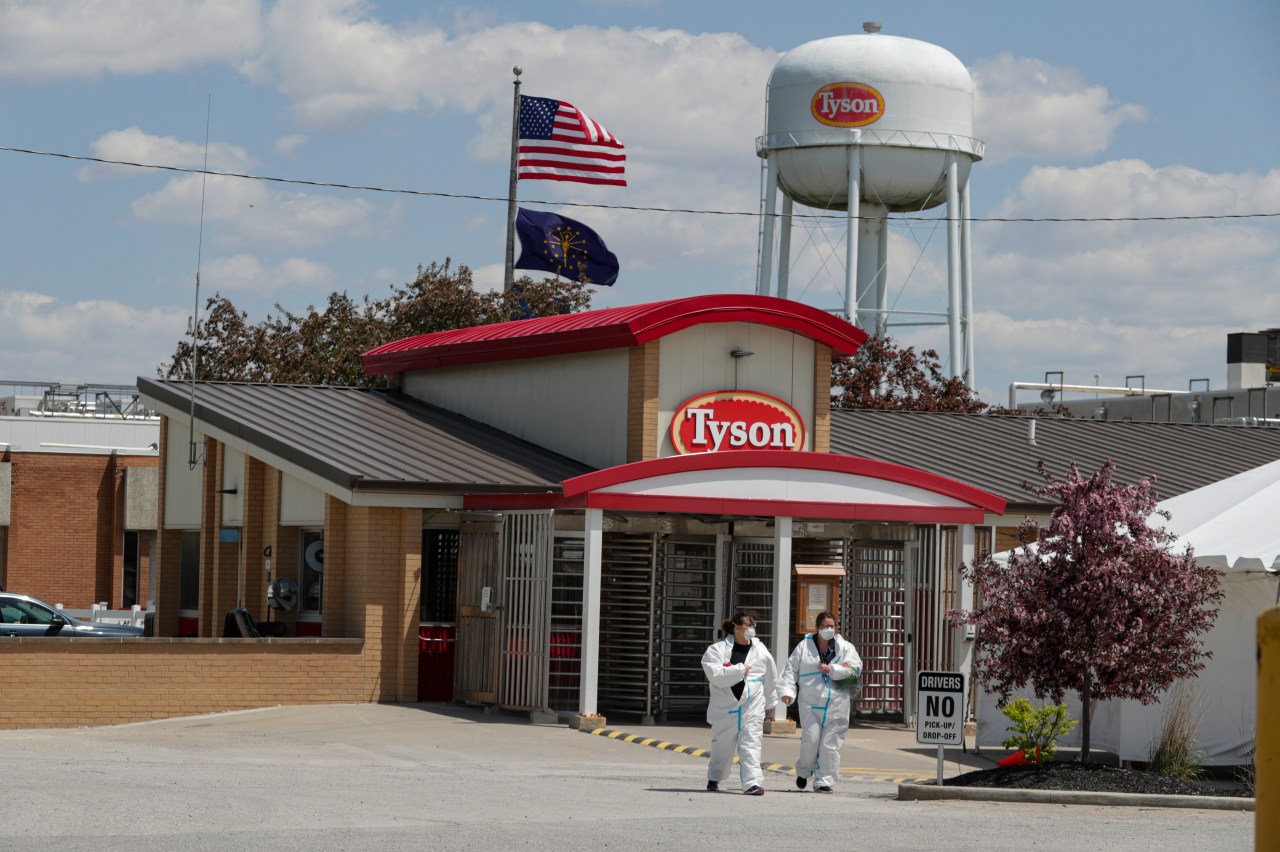 OMAHA, Neb. (AP) – In the midst of the pandemic, the meat processing industry worked closely with political officials in the Trump administration to prevent health restrictions and keep slaughterhouses open, even as COVID-19 quickly spread among workers, according to a congressional report released Thursday.

A report by a special subcommittee of the House of Representatives on the coronavirus crisis said meat companies insisted that their factories be open, even if they knew workers were at high risk of contracting the virus. Lobbying has led health and labor officials to reduce their recommendations for the industry, culminating in President Donald Trump’s decree issued in the spring of 2020 designating meat plants as critical infrastructure that must remain open.

Democratic spokesman Jim Clayburn, who chairs the subcommittee, said the U.S. Department of Agriculture and industry preferred production and income over the health of workers and communities, with at least 59,000 workers infected with the virus and 269 workers dead.

“The shameful behavior of corporate executives who seek to make a profit at any cost during the crisis, and government officials who seek to enforce their decisions, regardless of the harm done to the public, should never be repeated,” Clayburn said.

The report is based on reports between industry executives, lobbyists and USDA officials and other documents the committee received from government agencies, Tyson Foods, Smithfield Foods, JBS, Cargill, National Beef, Hormel and other companies. These firms control 85% of the beef market and 70% of pork production nationwide.

The North American Meat Institute’s trade group said the report distorted the truth and ignored steps the company had taken, spending billions of dollars rebuilding factories and purchasing protective equipment for workers when the world learned more about the virus in 2020.

“The House Committee has done the nation a disservice,” said Julie Anna Potts, president and CEO of the Julie Trade Group. “The committee could try to find out what the industry has done to stop the spread of COVID-19 among meat and poultry workers, reduce positive industry-related cases, while cases are growing across the country. Instead, the Committee uses 20/20 back data and data to support a story that does not fully represent the first days of the country’s unprecedented state of emergency. “

One of the major unions representing workers at processing plants has condemned the way the Trump administration has helped the meat industry.

“We just want the Trump administration to take care of the lives of working people as well as meat, pork and poultry,” said Stuart Appelbaum, president of the Retail, Wholesale, and Department Store unions. “We realized that poultry farms needed to be closed for deep cleaning and saving workers’ lives. If the Trump administration had developed serious safety requirements for workers at an early stage, as it should have been, it wouldn’t even have been a problem. ”

The report says meat companies are slowly taking steps to protect workers from the virus and pushing for government recommendations to require wearing masks, installing partitions between workstations and encouraging social distancing at their businesses is optional. The industry has defended its response to the pandemic in the past, and major meat companies say they have worked hard to meet these safety standards, and have taken additional steps to protect workers.

But the report cites a report that the head of Koch Foods in the spring of 2020 sent a lobbyist who said the industry should do nothing more than check the temperature of employees at the doors of factories. The lobbyist agreed and said, “Now get rid of those annoying health departments!”

To that end, the report says USDA officials – on the orders of meat companies – have tried to use Trump’s order to prevent state and local health officials from ordering plant closures.

Despite these efforts, U.S. meat production continued to fall to about 60% of normal during the spring of 2020 because a number of large factories were forced to temporarily close for deep cleaning and safety improvements or operated at lower speeds. for lack of workers.

Documents found by the committee showed that meat companies insisted on enforcing the decree in part because they believed it would help protect them from liability if workers fell ill or died – something the federal appeals court later dismissed in a lawsuit against Tyson for death. workers at the Iowa plant. According to the letters, the companies submitted a draft order to the administration a few days before it was issued.

At the beginning of the pandemic, meat companies knew that the virus was spreading rapidly among their workers because the level of infection was much higher in factories and surrounding communities. The report said that in April 2020, a hospital doctor near the JBS plant in Cactus, Texas, told the company and government officials in an email that the plant clearly had a serious outbreak because every COVID-19 patient in the hospital was either working at the factory, or was related to a worker. “Your employees will get sick and may die if this plant is operational,” the doctor warned.

The report also highlights how meat companies are aggressively rejecting the government’s recommendations on the Centers for Disease Control and Prevention and the Office of Occupational Safety. This led to final guidance, including wording that actually made the rules optional because it said recommendations should be made “if possible” or “if possible”.