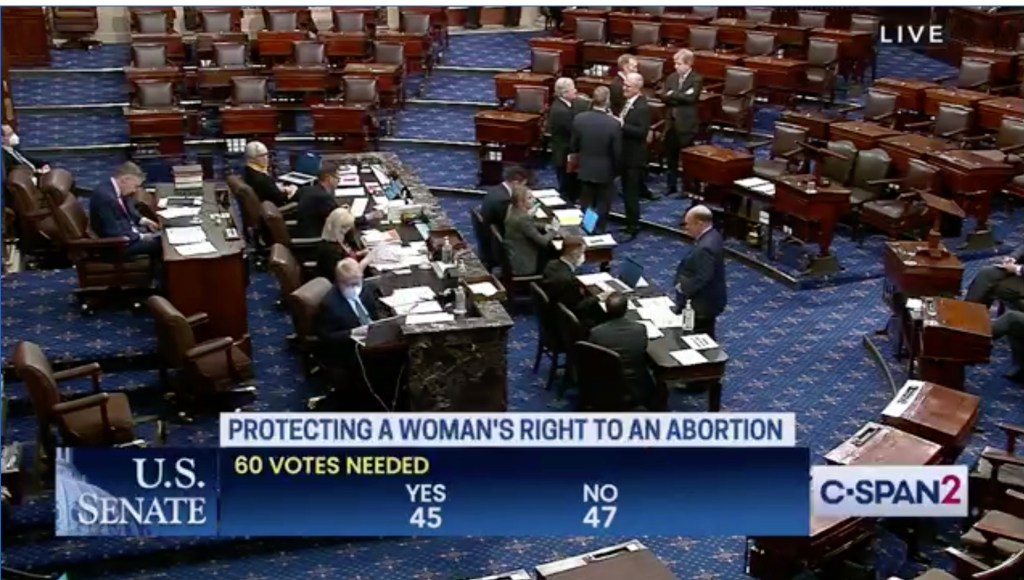 Bill for protection abortion rights failed to clear Senate on Wednesday, when Democrats seek to emphasize the approaching prospect that Supreme Court will turn over Rowe W. Wade.

The Senate voted 49 to 51, well below the 60 votes needed to pass the law, although the result was expected. Senator Joe Manchin (D-WV) has joined all Republicans to oppose the bill.

The Women’s Health Act would introduce into federal law measures to protect Row Wade’s abortion, and would prohibit certain state restrictions on care.

Senate Majority Leader Chuck Schumer scheduled the vote after Politico published a draft Supreme Court ruling authored by Judge Samuel Alita, which shows that a majority of judges are in favor of overturning a nearly 50-year precedent. Democrats clung to the decision as polls show that the majority of the population is in favor of keeping Wow Wade.