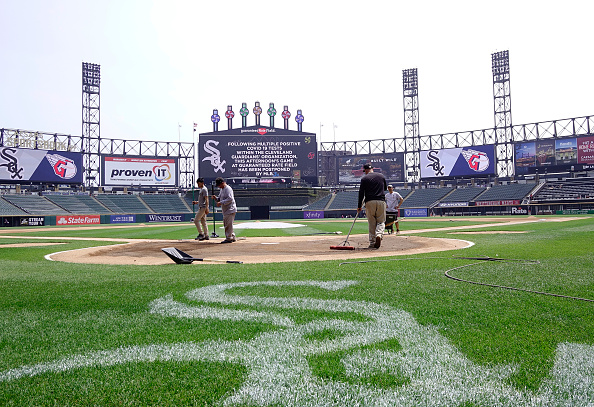 CHICAGO – After the team was forced to postpone the game on Wednesday due to problems with COVID with its opponents, a date was set for the replay of this competition later in the summer.

On Thursday, the team announced that the game, postponed to Wednesday, would be canceled on Saturday, July 23, as part of a split doubleheader at Guaranteed Rate Field.

The first game will take place at 12:05 and will serve as a reserve to carry over to May 11, and the tickets that fans had for this game can use them to compete in the afternoon. Game 2 will be originally scheduled for the match against Cleveland at 18:15 and will be broadcast on the national TV channel Fox Sports. Fans will need separate tickets to take part in this competition, which is part of the first series of the White Sox in the second half of the season.

The postponement of the game on Wednesday was needed due to the COVID-19 outbreak, which struck Guardians staff, including manager Terry Francon and reserve coach DeMarle Hale. The decision to postpone the competition was made less than an hour before the scheduled first venue at 13:10, and some fans have already made their way to the stadium.

It was planned that this competition would be the final of a series of three games between the White Sox and the Guardians, with the teams sharing the first two games. The White Sox will host the Yankees in a four-game series at Guaranteed Right Field starting Thursday night.

Dylan Sees will win the match against New York in tonight’s match, and on the mound will face Louis Gill.