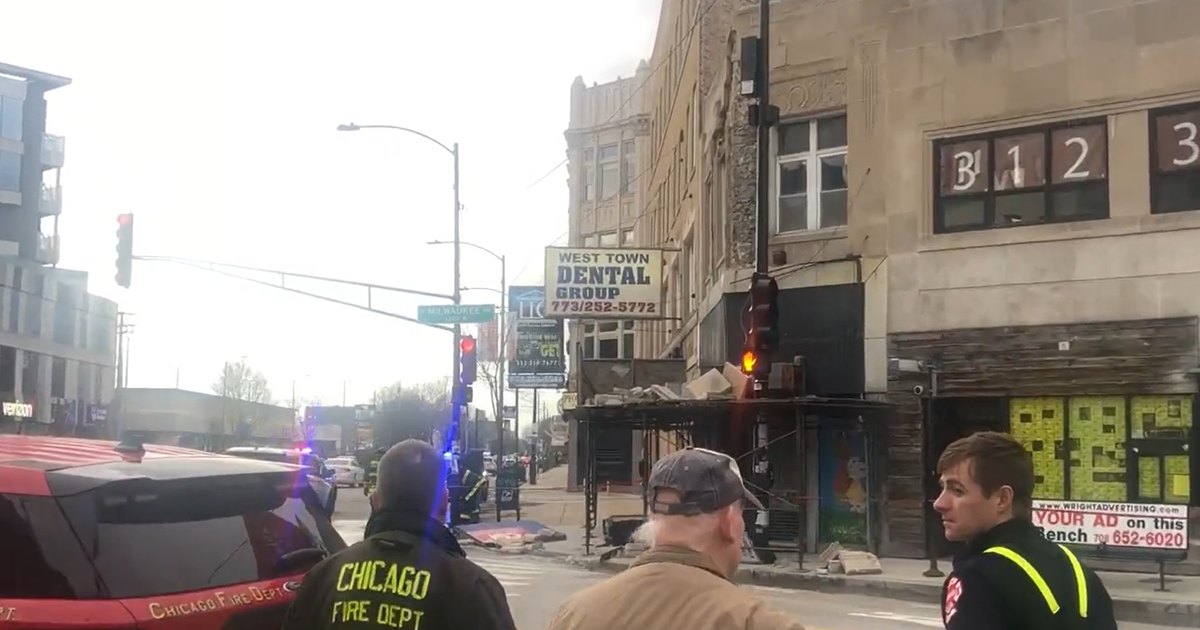 CHICAGO (CBS) – A woman was seriously injured late Wednesday when a stone facade fell from a building on the eastern outskirts of Wicker Park.

The stone fell from a building on Ashland and Milwaukee avenues, striking a woman around 5:50 p.m., the fire department said.

“I was walking north across Ashland, like near the Verizon building. All the limestone in this building – not all, half – fell off. Without warning, “one witness told Germain Terry of CBS 2.” Suddenly he fell, hit someone passing by, and some debris fell on them. “

A 25-year-old woman was taken to Stroger County Cook Hospital in critical condition.

Additional details were not available immediately.