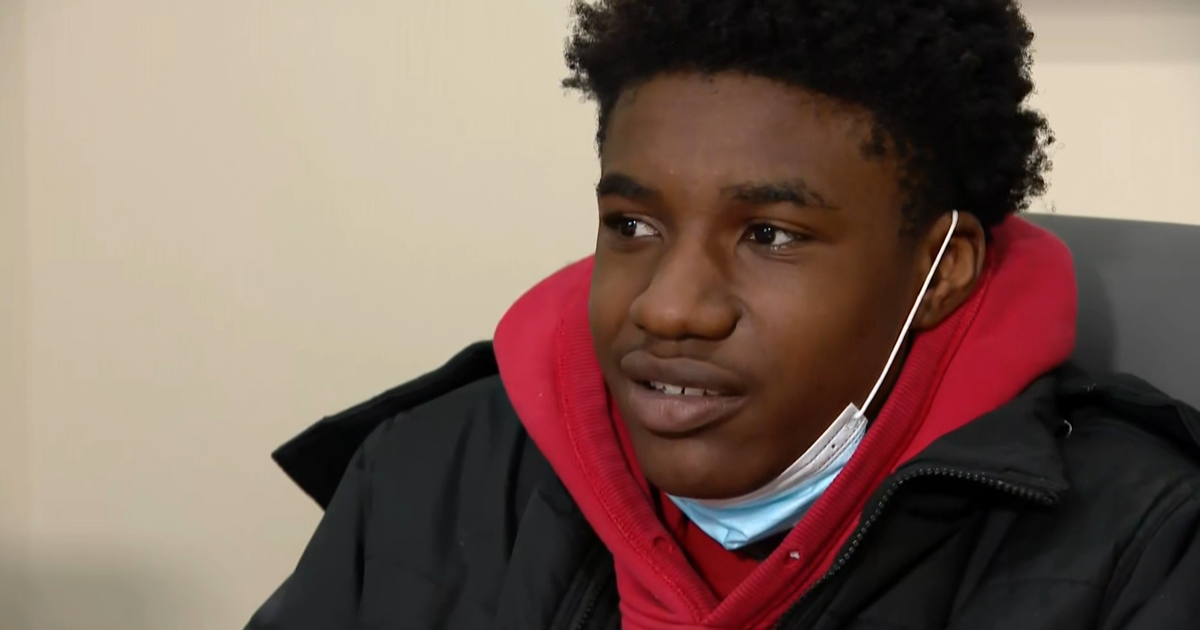 WAUKEGAN, Ill. (CBS) – The police in the city of Waukegan are now being reviewed after the teenager was imprisoned – he was persuaded to confess to attempted murder, which he did not commit.

CBS 2 learned that two officers who interrogated the teenager, Martel Williams, still in force. As reported on Thursday night by Marisa Pearlman of CBS 2, Williams and his family are calling for change.

Williams, a freshman at Waukegan High School, was taken out of class and arrested right at the school. He was released when detectives finally learned they weren’t the right guy – but it took two days.

The city of Wakegan is now turning to a third-party firm to investigate how it happened and what needs to change – now.

“It made me wonder what could have happened to me,” the 15-year-old Williams said.

Williams is still having a hard time talking about it a month after he was illegally arrested for shooting at a Wakigan dollar tree.

“It makes me no longer trust the police,” he said.

In February, Waukegan police removed Williams from the school, obtained a confession, charged him and detained him for two days – until his family could prove that he was playing basketball elsewhere during the shooting.

Williams’ lawyer was not present during the interrogation, and he did not have time to call his mother.

“I never thought it would be my baby,” said Martella’s mother, Shanika Williams.

The city has since apologized. But now Jensen Hughes, a security consulting firm, will watch as officers investigate and interrogate children.

“Jensen Hughes will help us understand not only what happened, but also what needs to change,” said Waukegan Mayor Anne Taylor.

So far, Mayor Taylor says the city has not made a decision on discipline or policy change. Meanwhile, the two officers involved in the interrogation are still working.

“My son would have disappeared for a few years for what he didn’t do,” said Mrs. Williams, “and it hurt.”

A new state law that came into force this year, police say children should not be lied to during interrogations. But the same law also does not say that an officer who lies to a child should be fired.

Martel Williams and his family want to see more change.

The city of Waukegan and its police department are making changes on their own. This week, they voted to end the arrests of children while they teach at the school unless a crime is committed there.

They also promised not to interrogate children without the presence of a parent, guardian or lawyer.

“Unlawful prosecutions are often linked to false confessions and inaccurate eyewitness identifications. In this case, there was both.

“The new law in force this year prohibits fraudulent interrogations. Before the law came into force, our service conducted training for police officers, and additional training is planned for April. Our prosecutors also attended classes on juvenile interrogation.” .

“Our office supports Waukegan’s internal orders requiring parents or attorneys to attend juvenile interrogations. We will provide a written report on how our office handled the case in the near future, and this report will look at future steps our system needs. justice to take action to eliminate illegal harassment.

“No one should be imprisoned for false information. A frightened teenager who spent two nights in prison for false statements is not fair. I have personally met with Martel’s family, Vaukegan officials and community members to to make sure that justice prevails in this and all matters in my office. “