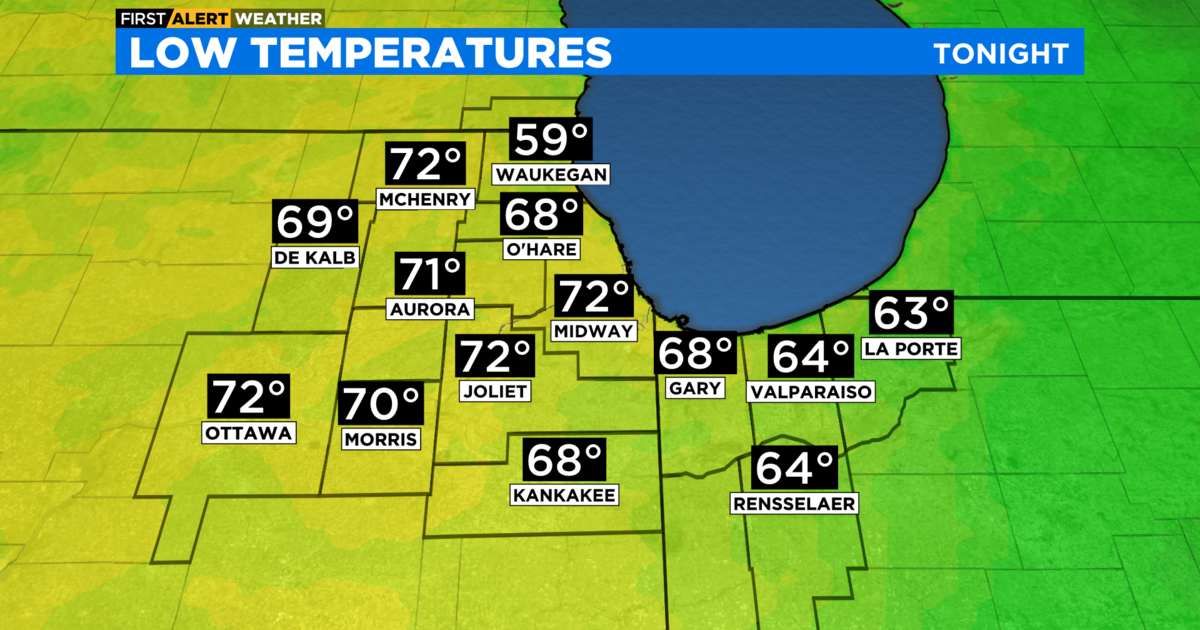 CHICAGO (CBS) – Today the high temperature in several places reached the 90s for the first time this year.

Tonight partly cloudy, humid, very warm. Minimum temperatures will be above 60 and below 70 in most places, but cooler along the north coast.

Thursday is mostly sunny, windy and hot with highs again until the 90s, but along the north coast it is colder. The record on O’Hara on Thursday is 92 °, so we’ll just be ashamed of it. In many places, especially in areas west of the city, heat index values ​​will range from 90 to 100.

Storms return in the evening from Friday to Saturday when the front moves through the region. Several storms can be strong. Colder this weekend and next week with highs of the 60s and 70s.