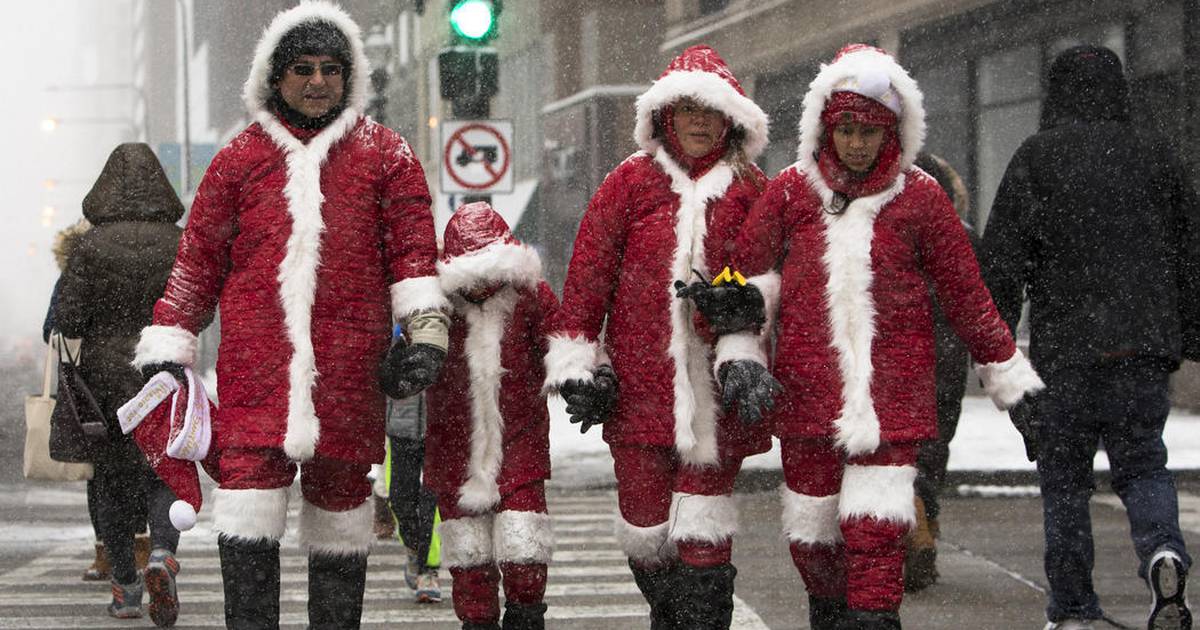 The National Weather Service only considers Christmas white if there is snow on the ground 1 inch or more on the morning of December 25.

So, could it snow later that day? Beautiful, but it doesn’t count.

The most snowfall on Christmas in Chicago was in 1950, when 5.1 inches covered the ground at Midway Airport. Forecasters light snow is forecast for that day.

Chicagoans longing for a snow-white Christmas are likely to get more than they bargained for.

The cold spell will only last this weekend before temperatures rise next week. A clipper will move through the region late Sunday night into Monday, bringing another chance of accumulating snow and possibly hazardous conditions for moving into the area. pic.twitter.com/JVvss6Wajk

Based on climate norms 1991-2020The National Center for Environmental Information predicts that O’Hare International Airport (the city’s official site of record since 1980) has a 35 percent chance of a white Christmas this year.

Looking for an almost guaranteed place to find snow on Christmas morning? Try Crested Butte, Colo., which is one of about a dozen places in the continental U.S. that has 100 percent historical probability white Christmas.

Historical probability of at least 1 inch of snow for Christmas, based on normals between 1991 and 2020. See interactive version cards.

“The snow, which started around 10 a.m., caught forecasters outside the base. They predicted snow in lower Illinois, but not in the Chicago area. Variable wind conditions were blamed for the erroneous forecast.”

“The snow, which began to fall while latecomers were still hustling in a last-ditch effort to atone for their ‘get it early’ failure, continued throughout the night and into yesterday.”

“The snowfall started late in the afternoon after a severe cold snap that saw the mercury drop to 7 degrees above zero at 6 and 7 am. This made yesterday one of the coldest Christmases since 1903, when 3 below zero was recorded.’

A wildly unexpected “White Christmas” virtually paralyzed Chicago and much of the state yesterday, littering the streets and highways with thousands of stalled cars and stranding thousands of hungry families miles from the holiday turkey they were about to eat with friends or relatives. »

“Chicago florists complained that many of their Christmas flowers were frozen during delivery in sub-zero weather, but in the sub-zero Northwest, florists didn’t even bother to make deliveries.”

“One death, numerous accidents and traffic delays have already resulted from the storm, which came without warning and caught the city by surprise.”

“Widespread flooding hit the southern suburbs, where the Met Office reported 6.6 inches of rain fell on Christmas Eve. The normal rainfall here for the whole of December is only 1.9 inches.’

“Our Christmas snow brought the city’s seasonal snowfall total to 12.7 inches. This is well above normal and is almost one-third of the normal amount of snow that falls for the entire season.”