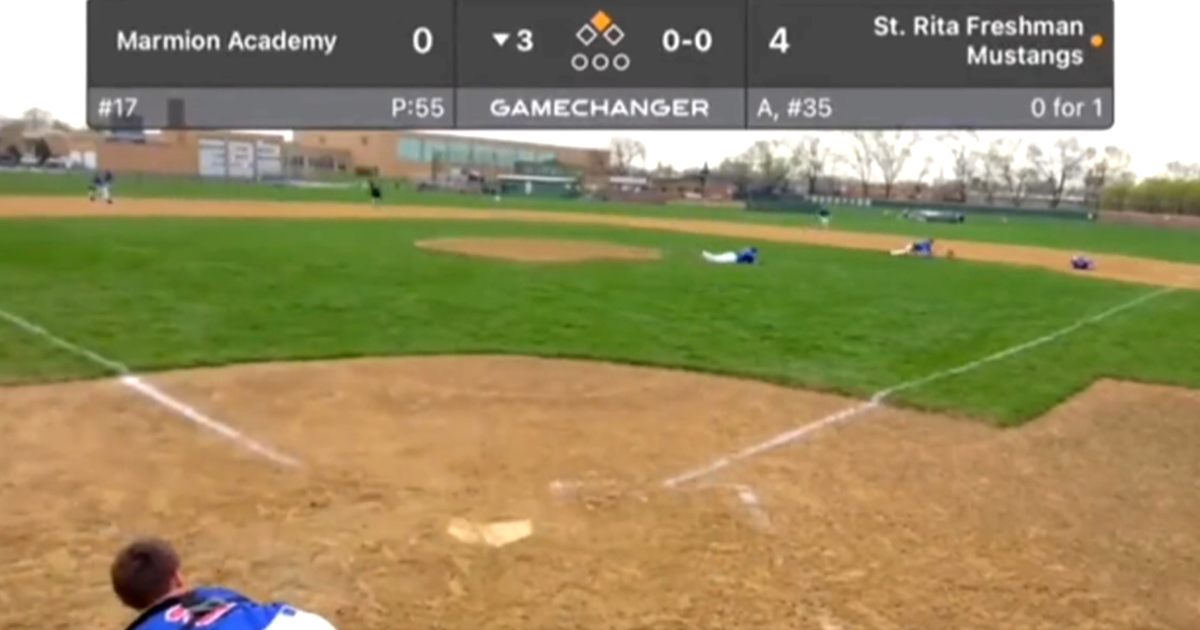 CHICAGO (CBS) – Nearly two dozen shots rang out Thursday afternoon as part of the easy-to-hear baseball game of freshmen at St. Rita High School in Kasha on the southwest side.

The video, which is spread on social networks, shows a baseball match between St. Rita’s freshman Mustangs and the Marmion Academy, when 23 shots are fired. The young come to the ground in the field.

Police said a 42-year-old woman was walking out of the driveway at 7800 South Western Avenue in a black Lexus early Thursday night when a dark station wagon drove by and someone inside shot at her Lexus – also damaging five other cars.

The scene is about a block from St. Rita High School of Kashi, located at 7740 S. Western Ave.

St. Rita’s first baseball coach Brendan Gareth said in a statement Thursday night that “an isolated shooting took place on West Avenue that is not on the St. Rita campus”.

“No one from St. Rita or Marmion was near the shooting, and everyone on St. Rita’s campus is safe,” Gareth wrote.