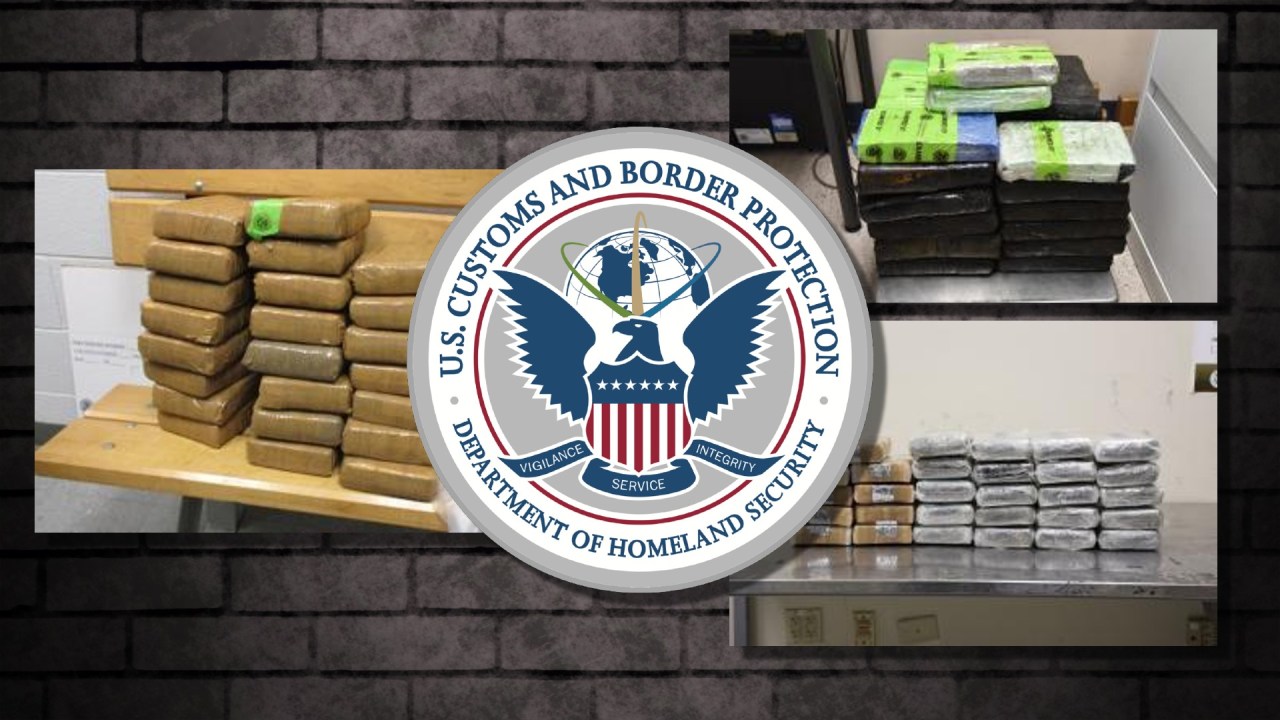 EL PASO, Texas (Border protocol) — Border agents at ports of entry in South Texas seized more than $2.7 million worth of cocaine over three days, according to several news releases from U.S. Customs and Border Protection.

The largest seizure occurred on May 25 at the World Trade Bridge in Laredo, Texas. CBP officials said the Volvo tractor-trailer, which was supposed to import lead pipe from Mexico, was also carrying 119.5 pounds of cocaine.

A drug-sniffing dog and a non-intrusive imaging system check led border agents to 32 bags of cocaine in tires. The drugs had a street value of $921,400.

“This seizure demonstrates how the determination of the officers, the use of technology and dogs led to the discovery of these hard drugs,” said Alberto Flores, director of the Laredo Port of Entry.

The next day, Border Patrol agents searched the Sterling tractor trailer, which was transporting charcoal from Mexico, and again found 32 bags of cocaine in the trailer’s tires. The drugs weighed 80.33 pounds and had an estimated street value of $619,480.

CBP seized the cocaine and the vehicles, while U.S. Immigration and Customs Enforcement’s National Security Investigations special agents took over both investigations.

“I thank the officers for their excellent observational skills and interviewing techniques that played a key role in both discoveries,” Flores said.

On May 25, CBP officers targeted a white Chevrolet SUV arriving from Mexico at the Hidalgo International Bridge in Hidalgo, Texas.

Officers directed the SUV, which contained two Mexican nationals, a 36-year-old driver and a 30-year-old passenger, to be re-examined.

Using non-intrusive inspection equipment and a physical examination of the vehicle, officers located 29 bags of cocaine, weighing 74.82 pounds, hidden in the SUV.

“Our CBP officers continue to rely on their expertise and all available tools and resources to prevent smuggling attempts at our ports of entry,” said Hidalgo/Far/Anzalduas Port Director Carlos Rodriguez.

CBP arrested both men and seized the vehicle and $576,900 worth of cocaine. HSI is investigating the case.

Between May 26 and 27, CBP officers in Brownsville, Texas, used a non-intrusive search system and drug-sniffing dogs to intercept two shipments of cocaine and one shipment of methamphetamine with a total estimated street value of $1,069,619 and arrested one U.S. citizen in each of these smuggling attempts.

On May 26, a 25-year-old Brownsville woman attempted to transport 13.49 pounds of cocaine across the Gateway International Bridge.

On May 27, a 35-year-old Brownsville man was in possession of 59.34 pounds of cocaine while attempting to cross the Los Indios International Bridge.

Visit BorderReport.com for the latest exclusive stories and breaking news on issues at the US-Mexico border

On May 26, a 22-year-old woman from San Benito, Texas, was found to be in possession of 25.39 pounds of methamphetamine as she attempted to cross the Gateway International Bridge.

“The vigilance and attention to detail of our CBP officers led to these significant drug seizures,” said Tater Ortiz, Port of Brownsville Director.

CBP officers seized the drugs and vehicles — two Ford trucks and a Volkswagen. HSI took all three suspects into custody.