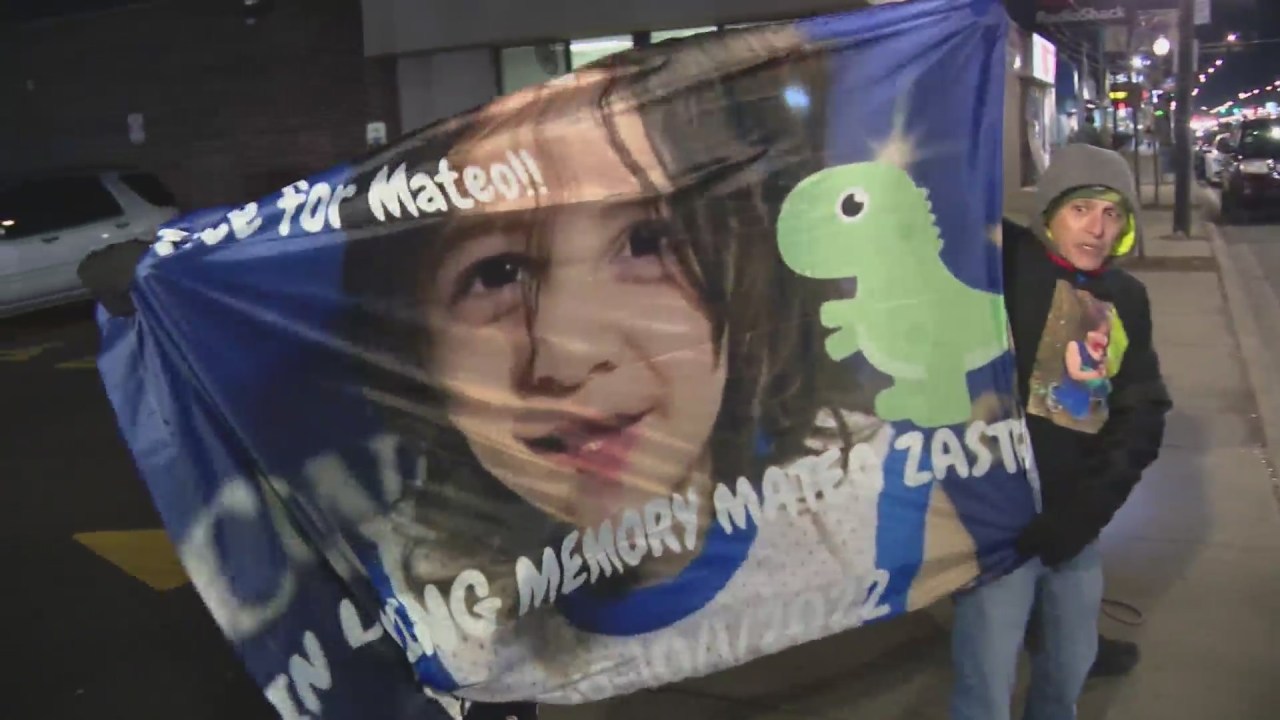 CHICAGO — The wind and freezing cold couldn’t stop a family Wednesday night Mateo Zastra from fighting to keep his name and killing him at the forefront.

Mateo would have turned four next month.

On Sept. 30, Mateo was sitting in the backseat of his mom’s SUV with his three siblings in West Marquette when police said they were involved in a traffic accident. The driver of another car – a red sedan – opened fire, a bullet hit Mateo in the head.

On Wednesday, Mateo’s family walked the route they traveled that night, which ended at 66th and Pulaski.

“That’s where I stopped the car and pulled him out of it,” Zastro said.

But two months later, his killer was never caught.

“It was evil and justice will be served,” said Rachel Hermasillo, the boy’s grandmother.

Relatives and friends of the deceased ask anyone who has information to contact the police.

“We just want anybody, if you have a picture, anything, anything, just step forward,” said Erika Lopez, a family friend. “There are three more children left and we want them to get through this as healthy as possible.”

There is a $7,000 reward for information in this case. The family says they will be back on the route on the 30ththousand every month until they get justice.