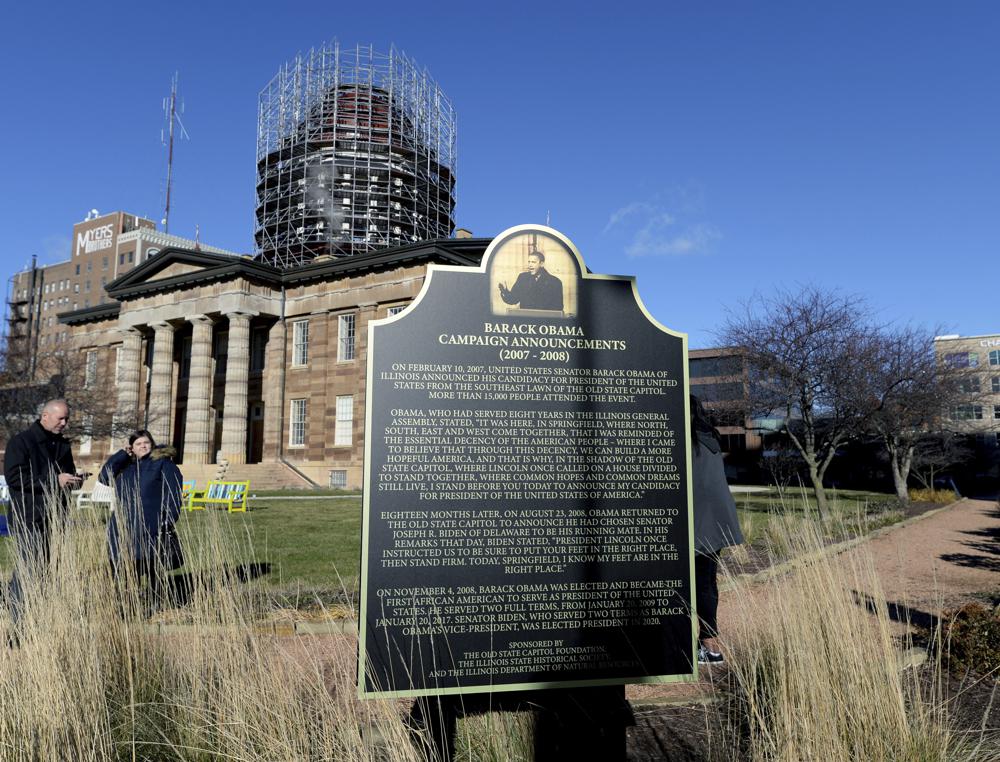 SPRINGFIELD, Ill. (AP) — A historic marker dedicated Wednesday on the grounds of the old Illinois State Capitol commemorates the date then-U.S. Sen. Barack Obama announced his candidacy for president in 2008.

The marker, which stands on the southeast corner of the grounds in downtown Springfield, commemorates the announcement of the incoming president on February 10, 2007, and the introduction by Obama on August 23, 2008 of his running mate, Joe Biden, then a senator from Delaware and now President.

SEE ALSO: Construction has resumed at the Obama Presidential Center after a noose was found on the grounds

Governor J. B. Pritzker said the sign honoring the nation’s first black president serves as “a reminder that one of our beloved sons brought a message of hope that resonated at a crucial time for people around the world.”