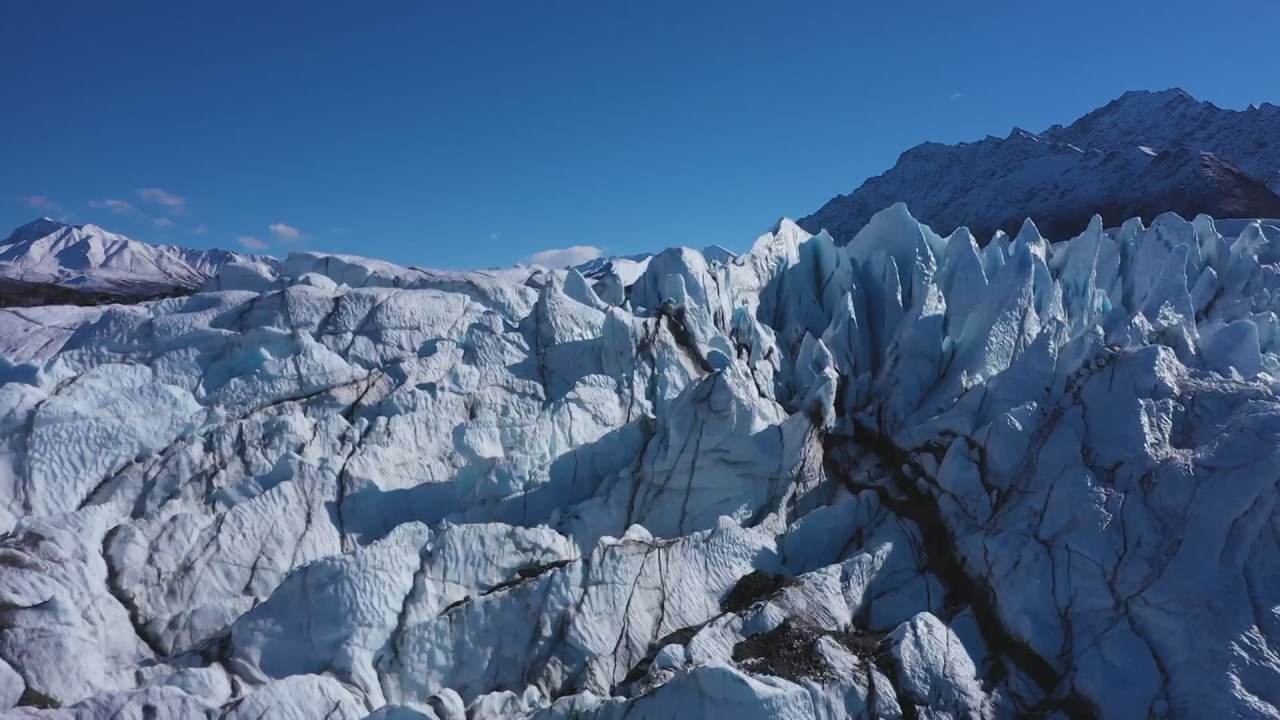 In Part 1 of Forecast – A Fragile Climate, Tom Skilling and the crew travel to Alaska

WGN Chief Meteorologist Tom Skilling hosts a special series, “Forecast – A Fragile Climate.” In his 50 years as a meteorologist, he has seen the atmosphere do things he never thought possible. This led him and the WGN team to travel across the country in search of the latest climate research and information. They met with NASA scientists, water resources experts in the drought-stricken Southwest, and climate scientists in Alaska. Serious work is underway – from tracking the Earth’s vital signs to large-scale climate adaptation projects. There’s a huge amount of material to cover, and as Skilling says, “we’re only at the tip of the iceberg!”

In Part 1, Skilling visits his beloved Alaska and climbs glaciers that change shape and size before our eyes.

Of all the ice-covered regions of the world—places like Greenland, Antarctica, and the Alps—one of the biggest contributors to global sea-level rise comes from Alaska. Runoff from melting glaciers enters our oceans. And as snow and ice recede, Alaska contributes a disproportionate amount of heat to the entire Earth system.

In other words, what happens in Alaska doesn’t stay in Alaska.

The Klco tour guide, who worked with Skilling and the WGN crew, knows every contour and crevice along the slushy ice on Matanuska Glacier.

“(Matanuska Glacier) is a valley glacier. It grows really gradually. It climbs about 6,000 feet for the first 20 miles, then there’s another seven miles of glacier,” he said. “Every year we get 365 new feet of glacier, about 395 feet melt. So, on average, we lose 10 meters a year from the terminus.”

Dr. Brian Bretschneider is a climatologist with the National Weather Service. He attended high school in the suburbs of Chicago, but has called Alaska home for the past 17 years.

“Everyone here knows the climate is changing,” he said. “People in Alaska, you notice it everywhere. There are glaciers that you see on the highway and they disappear.”

This is a big concern. The Arctic is warming at least three times faster than other parts of the planet.

More than 200 miles south of the Matanuska glacier, the shrinking Outlet cuts through a rocky basin.

“This area was covered in ice not too long ago,” said Laura Sturz, director of interpretation and education at Kenai Fjords National Park. “We can tell by the moraines or rocks it left behind when it stopped in place. … We’re only 11, 12 miles from the outlet to the ocean right here, so the meltwater from the Outlet Glacier and the Harding Ice Field flows into the ocean and contributes to sea level rise around the world. If you have less ice on land, you get more water in the ocean.”

“We’re talking about what’s called Arctic amplification,” he said. “Snow and ice act as a mirror for sunlight. When the sun hits snow and ice, almost all of it is reflected back into space as if it were not there. Once you heat things up, you change that energy equation. You have less snow on the ground, especially in the shoulder seasons, you have less ice in the Arctic Ocean. And so when you remove snow and ice now, the sun’s energy is completely absorbed by the earth and warms the atmosphere.”

There are natural cycles in our climate, but there is nothing natural about how rapidly changes occur today in short periods of time.

“One thing that can be misleading is that people see all this ice and you fly over and you see these huge ice fields and all these glaciers, it can be a bit of a trap. “Well, geez, we still have all that ice. Maybe it’s not as bad as they say,” said Bretschneider. “It’s really what’s missing, not what’s there.”

A number of the past 15 years have been the warmest on record.

“These are the climate scientists who discovered the cycles in the first place. Cycles occur over long periods of time,” Bretschneider said. “Honestly, there is no real physical way for the climate system to change as much as it has in the last two decades with natural forcing alone. It must be something else. And the only other thing is greenhouse gases.

…You add a gas to the atmosphere that stores heat and it will do just that. It really is that simple.”

“What happens here matters to people in Chicago, Memphis, Dallas, Phoenix, Seattle. The climate system really knows no boundaries,” Bretschneider said. “I’m worried, but I’m also hopeful. Things are moving in the right direction. Are they moving fast enough? This is a difficult question to answer, but we need more.”

Bretschneider is right. There are some very positive things happening in the effort to switch to cleaner fuels and energy sources to reduce harmful carbon and greenhouse gas emissions. We’ll look at some of these initiatives in our series this week.

Tuesday we take you to the epicenter of Earth science, where NASA scientists build and operate some of the most sophisticated instruments that track our changing planet. We’re taking a behind-the-scenes look at serious science and technology from some of our nation’s most accomplished climate scientists.