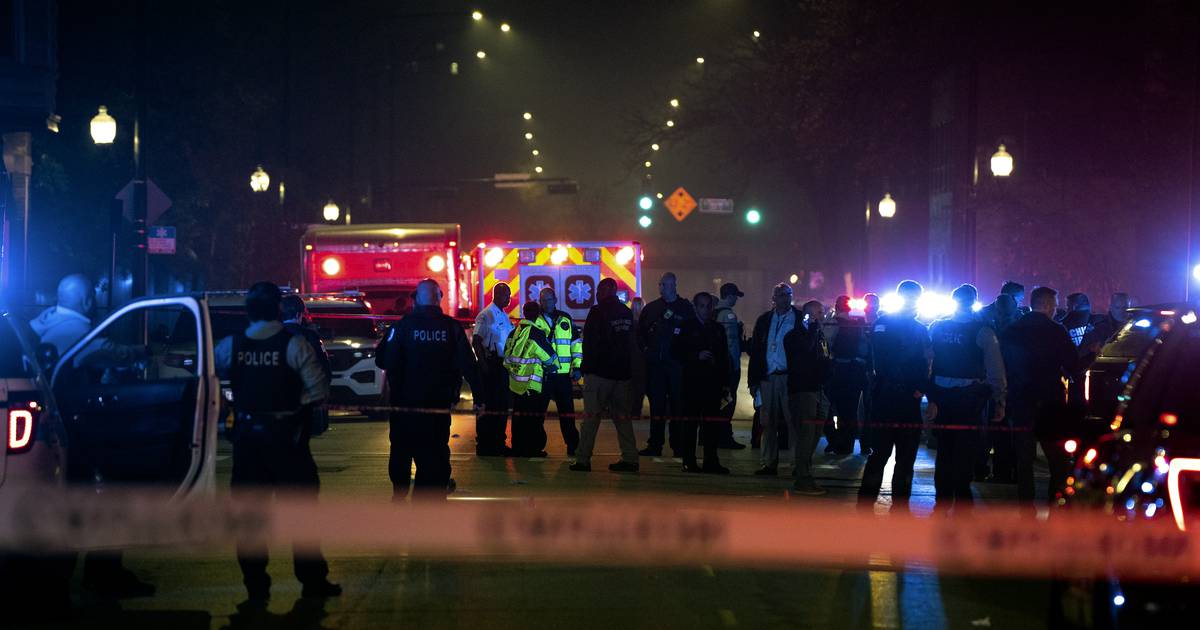 At least 14 people were shot, including a 3-year-old and two other juveniles, in a drive-by shooting on Halloween night in East Garfield Park on the West Side, police said.

The other juveniles were an 11-year-old girl and a 13-year-old boy, police said.

A group of people were standing at the corner of South California Avenue and West Polk Street when two men in a dark SUV started shooting. The vehicle then fled south.

At a news conference Monday evening, Police Superintendent David Brown said the shooting was over in three seconds.

The victims, most of whom were adults, were taken to Mount Sinai Hospital, Stroger Hospital, Northwestern Medical Center and Loyola University. The woman climbed Mount Sinai on her own with a gunshot wound to her leg.

The condition of the victims varied between critical, serious and good, police said. But the victim of unknown age was in an unknown condition.

Additionally, police said a woman who was trying to flee the scene was hit by a car while she was crossing traffic. Paramedics took her to Stroger Hospital in good condition with various scratches on her body.

As of Tuesday morning, no one had been arrested and detectives are investigating.